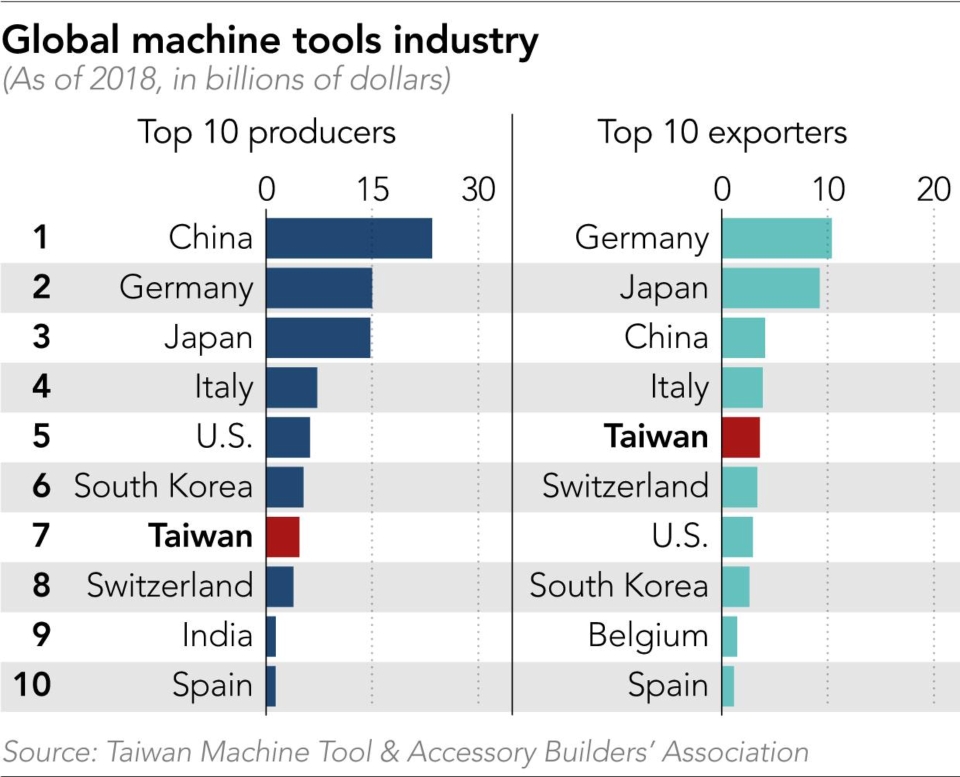 However, when the heroes of the national team of Taiwan's masks returned to the spotlights, the industry's export winter was ushered in alone. Taiwan's machine tool manufacturers face fierce low-price competition from China, and China surpassed Taiwan's exports in 2017.

As the epidemic hit the economies of various countries this year, businesses and factories have closed one after another. This has hit the export-dependent Taiwan machine tool industry the hardest. The poor environment, Japan's price cut competition, China's import substitution, and Taiwan's machine tool industry are facing a severe export winter.

Compared with the same period last year, Taiwan's machine tool exports fell by 25% in the first quarter of this year, and the recession is expected to continue into June. "We have no way to anticipate the industry's prospects this year," Tongtai Machine & Tool Co., pointed out. It looks like everything will be put on hold until the end of June.

And a small Taiwan still has such a strong manufacturing strength.

"Machinery is the mother of all industries, and machine tools are the foundation of machinery. It is a miracle that a small island like Taiwan still owns the capability."