An 89-member Czech delegation led by Senate President Miloš Vystrčil made a visit to ITRI today in Hsinchu, where the delegation will learn about ITRI's accomplishments in biomedical and pandemic prevention technologies, groundbreaking innovation-oriented R&D, and industrialization of research results. ITRI is the only R&D organization that Senate President Vystrčil has visited during his stay, which highlights the significance of ITRI's role in technology diplomacy between Taiwan and the Czech Republic. The visit is expected to engage both sides in more technological cooperation based on their complementary strengths. Moreover, by leveraging the Czech Republic's network in the EU, ITRI hopes to assist Taiwan industry in tapping into Europe's innovation ecosystem and exploring new opportunities there.

ITRI President Edwin Liu welcomed the delegation's visit with a Confucius' quote “It is a great pleasure to have friends coming from afar”. He indicated that ITRI, the largest applied research organization in Taiwan, has played an important role for driving Taiwan's economic growth for the past 47 years. The institute, he stressed, conducts market-oriented research, acts as a bridge between Taiwan and international communities, and works with government research entities to support industry transformation.

Czech Senate President Miloš Vystrčil indicated that visiting ITRI is one of the purposes of the delegation's trip to Taiwan—to learn the area of research development and technology practice implementation. He mentioned that Prague has several prestigious universities and R&D institutes that have built ties with ITRI. The Academy of Sciences, for example, spoke highly of the cooperation with ITRI. Senate President Vystrčil thanked ITRI's repeated invitation to Taiwan and concluded with the name of the Czech film Dobří holubi se vracejí (A Good Pigeon Always Returns Home) to expect future visits to come.

After a meeting with ITRI officials, the delegation had a showroom tour in which Mr. Vystrčil was especially impressed by ITRI's tech innovations such as the iPMx Molecular Rapid Test System for COVID-19 virus detection which can generate results in less than an hour. In addition, the Senate President was also amazed at the Institute's excellent performance in making ventilators within 17 days. Since the Czech Republic is also able to produce ventilators, he believes future collaboration in this area can be enhanced.

ITRI has joined hands with Taiwanese and Czech businesses along with Czech's Academy of Sciences to work on the development of biomedical and green energy technologies. Collaborations include an artificial skin 3D printing project that incorporates ITRI's skin tissue printing equipment, bio-inks and bionic skin technology to develop bionic products that can replace cosmetic testing on animals. Another project involves smart manufacturing and automated assembly for highly durable fuel cells. It is hoped that such joint cooperation will pave the way for entering the EU market. 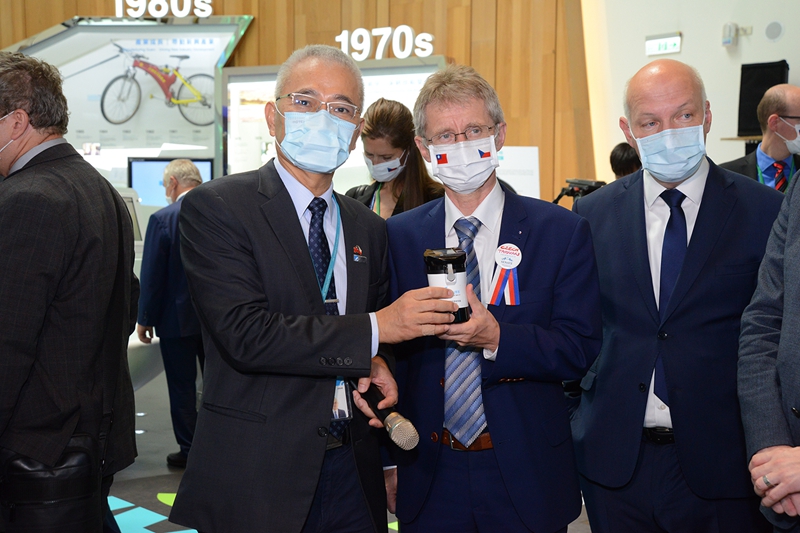