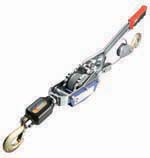 J&K makes these products on OEM and ODM basis, and ships its products mostly to Europe, Russia, Japan, Asia, Australia, Africa, the Middle East, Latin America, the United States, and Canada. So far, the company has numbered pro stores including Maasdam (U.S.), CTC (Canada), Tachibana (Japan) and Triumph Motorcycles (U.K.) among its customers.

The company's quality work has been made possible by the experience of the company's president, Charlie Hsieh, and his deputy, Dick Lai. Both executives were former material specialists at the government-backed Metal Industries Research and Development Center (MIRDC), which helps local hardware manufacturers develop new techniques and resolve technical difficulties.

Thanks to quality manufacturing and design, the company has been awarded with ISO-9002, CE, TUV and GS certifications, and has earned over 50 patents in Germany, Canada, the United States, Taiwan and mainland China. Also, the government-cited "Rising Star Award" has gone to the company.