A maker believes in building both markets at home and abroad

The ever rising affluence in developed nations has been fueling demand for outdoor furniture over the past decade. From 2004 to 2008 the compound annual growth of the global market for outdoor and leisure furniture stood at 4.52%, with the 2009 global market value of such furniture totaling US$23.34 billion, which is predicted to rise to an estimated US$28.17 billion by 2015.

In the last couple of decades China's furniture industry has evolved into a significant driver of the global furniture arena.

Currently China has over 400 furniture manufacturers engaged in production of outdoor and leisure furniture, with most being export-oriented.

Wood Specialist
Established in 1979, Sitra Holdings International Ltd. is a leading outdoor furniture manufacturer in China focusing on the production of wooden products. Originally a trader mainly selling timber and logs, Sitra, only in 1998, started to make furniture and has since built its own brands. 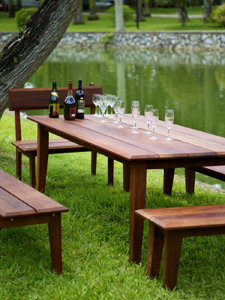 Sitra’s outdoor furniture is mostly made of wood.

“To meet growing demand, we are committed to developing every year a series of new products under our own brands. In addition to wooden furniture, we also produce woven wicker outdoor furniture. And to promote new products, we attend several famous international furniture shows each year, such as the International Furniture Fair Singapore and Spoga +gafa in Cologne, Germany,” says Zhou Qiuhui, the vice president.

“We sell products mainly to Europe, Australia, North America and the Middle East. To better serve customers, we have set up sales agencies in many countries. Moreover, we have established a big distribution center in Singapore to sell products in Southeast Asia,” Zhou notes.

“In recent years we have witnessed an obvious market growth for outdoor and leisure furniture and are excited about the promising future,” Zhou says. 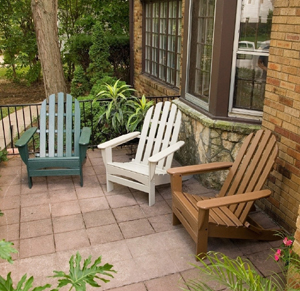 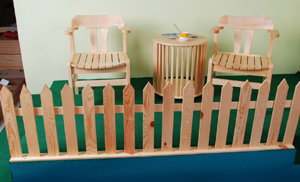 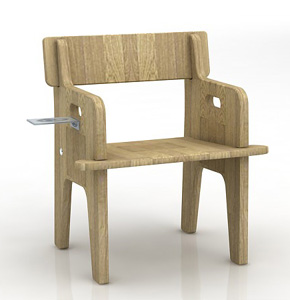 The maker exports about 60% of output to North America and Europe, with the remaining 40% to other places globally, including the Middle East, Australia, Japan, etc. To meet different demands, the company has spared no effort upgrading manufacturing technologies, as well as establishing R&D teams composed of professionals in not only the headquarters in China, but also branches in the United States and Germany.

With 240 technicians in R&D around the world trying to improve product quality and develop new models and products, the maker, besides turning out outdoor and leisure furniture, also manufactures parasols and sunshade tents. According to the figures released by China's customs, Yotrio was the nation's largest exporter of parasols in 2009 and the second largest in outdoor furniture, as well as the fourth in sunshade tents.

With 255 clients around the world and stable relationships having been built, the maker counts HomeDepot, Metro Group, Auchan, Lowe's, OBI, Carrefour, B&Q, Walmart, Kmart, IKEA, Testrut, Heinzkettler among its renowned buyers. From 2007 to 2009, Yotrio witnessed a whopping growth of 131.83% in sales to Carrefour, an increase of 25.41% in sales to the Metro Group, and 18.13% to Auchan.

Starting in 2005 the company has been focusing more on the North American market, selling products through leading retailers as HomeDepot, Target, Lowe's, Walmart, and Kmart, as well as Fred Meyer in 2009.

Due to the rapidly growing economy in China, some export-oriented furniture manufacturers are also interested in exploring the local market, despite having to navigate the even more complicated official red tape and cope with steeper competition. 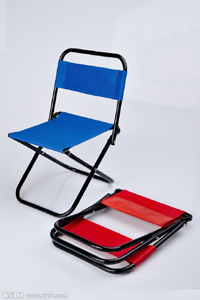 Foldable stack chairs are suitable for both outdoor and indoor.

Although the company has been quite successful in overseas markets, yet it has never given up the home market. “We have to remain strong at home and abroad, which means we do not want to put all our eggs in one basket,” a senior manager explains. “To us the domestic and overseas markets are like the two legs of a company enabling it to run steadily.”

“The company's exports were battered by the global downturn caused by the financial tsunami in the second half of 2008. But stable domestic demand helped the company weather the harsh times. So, we believe it to be savvy to maintain markets both at home and abroad,” says the manager. 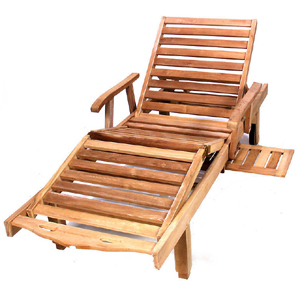 The recliner is also a popular outdoor furniture.

The global economic recovery has gradually rebuilt demand for outdoor furniture, with strong growth seen in 2010. This year the company's export orders have fully booked production lines till the end of the first quarter.