Yulon to Pour Another NT$20-30 Billion Into EVs

The Yulon Group is determined to become a major player in the rapidly emerging global electric vehicle (EV) industry, and is pouring NT$20 billion to NT$30 billion (US$666.7 million to US$1 billion) into related fields, reports Yulon CEO Kenneth Yen. 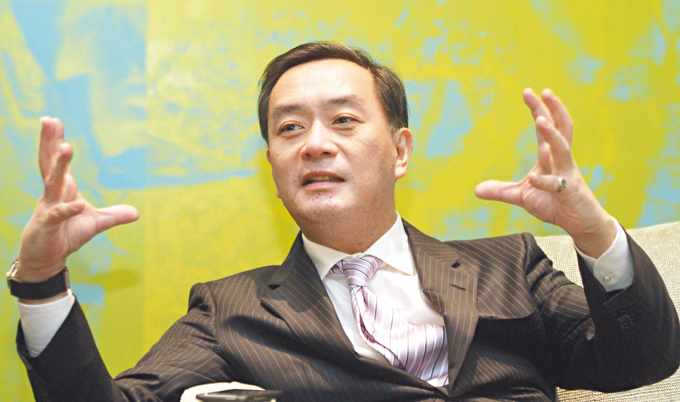 Yulon is the largest automobile manufacturing conglomerate in Taiwan and its flagship, the Yulon Motor Co., is a major contract assembler of Nissan, tobe (Yulon's own brand in partnership with Chinese automaker Geely), and LUXGEN (Yulon's own brand) models. Another member of the group, the China Motor Corp. (CMC), is the local assembler of Mitsubishi (and formerly Chrysler) products for sale in Taiwan.

Yen said that the 45 auto-related companies under the Yulon banner are expected to report combined revenues of about NT$280 billion (US$9.3 billion) and net profits totaling more than NT$18 billion (US$600 million) this year. This represents a 20% year-on-year (YoY) revenue increase, and a five-year high.

The 45-year-old second-generation entrepreneur is even more optimistic about his group's operations in 2012. He said that a new LUXGEN sedan will be introduced at the end of this year; and that the Dongfeng Yulon Motor Co., a joint venture between Yulon and China's third-largest automaker Dongfeng Group, will start making and selling LUXGENs in China during the second half of 2011.

The EV is the future of automotive industry, Yen said, and Yulon plans to become a big part of that future by pouring huge amounts of resources into related business such as the production of lithium-ion power cells for green vehicles as well as battery recycling and maintenance. Battery-related businesses are expected to generate revenues in parallel with the EV products themselves, and Yulon will expand into such businesses through direct investment, joint ventures, and acquisitions.

Revenue Performance
In 2009, the 45 auto-related Yulon-group companies, which are engaged in such operations as automobile manufacturing, distribution, insurance, and auto-parts production, reported consolidated revenues of NT$180 billion (US$6 billion) and profits of NT$6 billion (US$200 million), Yen said. In 2010 the figures rose to NT$240 billion (US$8 billion) and NT$15 billion (US$500 million), respectively.

"In 2011,” Yen stated in a recent interview with the Chinese-language Economic Daily News, “there will be major forces driving our revenues and profits. One is the recovering domestic economy, which will further stimulate replacement new-car purchases on the island, driving the overall market to about 360,000 units or more. Other forces will come from China, where new-car sales are expected to grow to some 25 million units annually. Our products (LUXGEN-branded cars) are expected to attract strong attention in the rapidly expanding Chinese automobile market due to their innovative features, such as intelligent telematics and other safety equipment. Our automotive-related insurance companies and distributors are expected to capture more and more lucrative business opportunities in that market as well."

Yen reported that sales of Nissan and LUXGEN cars are going smoothly, bringing a substantial increase in group revenues. "In 2011,” he said, “sales of these two brands will continue to grow and group revenue will be even higher."

Some 11,000 LUXGEN cars were sold in Taiwan last year (only two models were introduced under this Yulon Group brand, a sport utility vehicle (SUV) and a multi-purpose van (MPV). LUXGEN's sales volume is expected to rise to 17,000 units in Taiwan in 2011. The resulting increased utilization rate at Yulon's production facility in central Taiwan, Yen explained, will cut the cost of each Nissan car, which will boost sales and profits of the Yulon Nissan Motor Co., the sales arm of Yulon Motor.

In China, Yen went on, “Dongfeng Yulon is scheduled to kick off production in mid-2011 and is expected to start generating profits next year.”

The Recovering Taiwan Market
"I'm quite optimistic that the domestic auto market will sooner or later recover to 400,000 units per year, though only about 320,000 new cars were sold in Taiwan in 2010,” Yen commented. “It will take two or three years to reach my forecast, I think."

Yulon predicts that overall domestic auto sales will total 330,000 to 350,000 units this year, but Yen personally believes that the figure might reach 360,000 units if things go smoothly. "During the past few years,” he explained, “the domestic auto market peaked at about 500,000 units per year (in 2005) but then began to fall, amounting to only about 230,000 units (in 2008) due mainly to the exodus of Taiwan's middle class to mainland China.”

“We expect that car ownership in Taiwan will stay at about 6.5 million units. According to our long-term observation, the average age of cars on the island is about 11 years, much higher than the reasonable age of five to six years. Most people didn't want to buy new cars when the economy was sluggish, but now the economy is gradually recovering and is expected to stir up another wave of replacement new-car purchases.

"In addition, like consumers replacing their traditional cellphones with smartphone models such as iPhones or HTC phones, despite the fact that their existing handsets are still workable, the automotive industry is undergoing an injection of high-tech innovations which can give consumers the desire to upgrade. The LUXGEN models developed by the Yulon Group are the most obvious examples of this. These new vehicles featuring "intelligent" functions immediately gained a market share of 3% to 4%, but did not really affect the original shares of other major car vendors in Taiwan."

EV Plans
Yulon has already poured NT$20 billion to NT$30 billion into the development and manufacturing of battery electric vehicle (BEV) products, Yen said, and will continue to invest a similar amount, or even more, into this emerging business.

"In the past,” he observed, “we sold assembled cars and then the transactions came to an end. But in the EV business of the future, we are thinking of the continuing business. Unlike gasoline-engines, EV battery packs can generate continued business related to their maintenance and replacement; this will necessitate a brand-new business model, and that's the direction of our business development in the future. This means a brand-new supply chain filled with unlimited business opportunities. Yulon will evaluate the feasibility of investing in battery leasing, recharging, recycling, and even production. In short, we are interested in the cradle-to-the-grave EV-battery business, including recycling and reuse—and even the recycling of precious metals in the batteries."

The Effects of ECFA
Regarding the Economic Cooperation Framework Agreement (ECFA), a quasi-free trade agreement between Taiwan and China which took effect on Jan. 1 this year, Yen said that local enterprises should not focus only on the short-term benefits of the agreement but should try to develop long-term cross-strait strategies and deployment.

"With the start of ECFA,” Yen pointed out, “the international business deployment of Taiwanese enterprises need no longer be marginalized and their future investment plans should include the evaluation of Taiwan-China relations. Whoever can develop a comprehensive deployment will be better positioned to cope with the fierce competition of the future."

The cost of raw materials has gone up by an average 2% per year in recent years, Yen noted, but the whole Yulon Group has been striving to achieve an annual cost reduction of 3% to 4% through its internal cost-control mechanism. These efforts, plus the benefits of strengthened brand influence, can effectively bring about overall revenue increases, he added, while the synergies provided by group resource integration continue to create ever greater benefits. This, Yen is confident, will assure the continued growth of profitability for the Yulon Group.