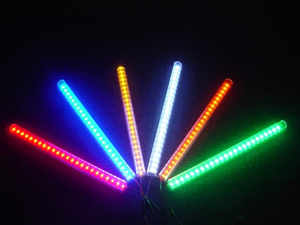 Standardization of specifications is crucial for the cross-straits LED lighting industry cooperation.

To accelerate the development of China's LED lighting industry, the Beijing authority has announced several measures, including installing in over 20 cities ten thousand LED lamps each in ten cities, accelerating the replacement of incandescent bulbs, development of LED lighting standards and so forth, which are expected to generate considerable business opportunities amid the lighting revolution market in China.

New Beginning
Under the 12th five-year plan, China's authority in charge of the LED lighting industry has been upgraded from the Ministry of Science and Technology to the National Development and Reform Commission (NDRC). "It signals the beginning of the new era of the LED lighting industry in China," said Chu Shin-Sen, executive vice president of the Industrial Technology Research Institute (ITRI) and Chairman of the Energy Department of the ITRI.

According to Chu, as many as 5 billion incandescent bulbs will be replaced with LED lighting within the next five years, estimated to realize about the 500 billion RMBs (NT$2.3 trillion) in business opportunities, based on the so-called "1530" plan that targets to replace up to 30% of the incandescent bulbs in China by 2015, starting from street lighting and other lighting for public areas.

Chu, elected as the chairman of the Taiwan LED Lighting Development Commission upon the commission's establishment in March 2010, urges Taiwan's LED lighting companies to make the LED lighting of higher added-value for innovative applications to catch up with the development of China's LED lighting market.

Diversified Applications
Driven by more diversified applications of LED lighting, Taiwan's LED industry could generate an annual production value exceeding NT$540 billion by 2015, surpassing that of any other solar energy or optoelectronic industry," Chu estimates. He also believes the LED industry in Taiwan and China are complementary in industrial structure, helping to facilitate cooperation between the two sides. "The next five years are critical for the development of the LED industries in Taiwan and China," Chu commented.

"With many of the global economies agreeing to promote eco-energy industries, the LED lighting industry is set to grow faster not only in Greater China but also globally," Chu says. "But compared to their counterparts in China, Taiwan's LED lighting companies have the upper hand in technological advancement and operational scale," he adds.

China's massive LED lighting market potential is a strong incentive to develop cooperation between the LED industries on the two sides of the Taiwan Straits, a move expected to be mutually beneficial for both sides. Last October, a mainland delegation led by Xieh Gi, director of the Environment and Energy Department under the NDRC, visited the Ministry of Economic Affairs (MOEA) in Taiwan. During a meeting with MOEA officials, they reached an initial agreement on mapping out a plan for LED lighting cooperation, under which Taiwanese companies will team up with their mainland counterparts to bid for projects to build up to 100,000 road lamps in each of the over 20 designated cities in China. 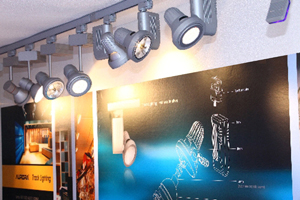 LED lighting is among the three priority industries that Taiwan and China will jointly promote, develop under the 12th five-year national development plan in China.

With the project value for each city estimated at around NT$2 billion, the initial plan is for cross-straits cooperation that includes upstream Taiwanese suppliers to provide LED lighting modules and downstream China-based companies to assemble parts into final products.

Bidders From Taiwan
The suppliers bidding from Taiwan include Everlight Electronics, Epistar Corp., Genius Electronics, and Leotek Electronics, among others. The MOEA officials representing Taiwanese companies will negotiate with Chinese delegations to develop such projects to create a new model of cooperation of the industries. "If the planned cooperation proceeds smoothly, the two sides could work together to provide world- class LED lighting to the global market in the long run," says MOEA officials.

According to the MOEA, LED lighting is one of the three priority industries that mainland China and Taiwan will jointly develop to generate tremendous business opportunities amid the revised 12th five-year national development plan in China. The other two priority industries are wireless communications and food logistics.

Besides the officially-sponsored cooperation, the Civil Association for LED Road Lamp Promotion has just signed a memorandum of agreement (MOA) earlier this year to cooperate with the Taiwan Affairs Office of the Fujian Province in China. Under the MOA, Taiwan's LED lighting companies may partner with counterparts in Fujian Province to set up a joint venture to produce world class LED lighting products.

Meanwhile, the Fujian Province is expected to offer considerable business opportunities for LED lighting, as many as 300,000 units of LED road lamps this year and another 600,000 units next year. The market for street lighting in the province is estimated to be worth between 20-30 billion RMBs within the next five years.

LED Lighting Standards
In fact, the LED road lamp industry is still in its infancy: "LED lighting accounts for less than 0.1% of all the road lamps installed globally," Chu estimates. "An explosive growth is expected for this year and the next," he says. While the market is set to grow, "those who are certified are better positioned to compete for business opportunities." In this regard, the Bureau of Standards, Metrology, and Inspection (BSMI) under the MOEA is working with counterpart in mainland China, the Standardization Administration, to set specifications for LED lighting products in Greater China.

The "Agreement for Cross-straits Cooperation in Standard Certificate Test" that the two sides signed on March 21, 2010 marked the first step in this regard, followed by a cross-strait LED lighting standard conference held by China's Standardization Administration and the Fujian provincial government in Fuzhou City of Fujian Province two months later. The Taiwanese delegation for participating in this conference was led by Liang Kuo-hsin, Vice Minister of Economic Affairs.

The BSMI plans to host the second cross-strait LED lighting standard conference in Taiwan, slated for July this year, with the Chinese delegation to be led by Gi Zheng-kun, director of the Standardization Administration in China.