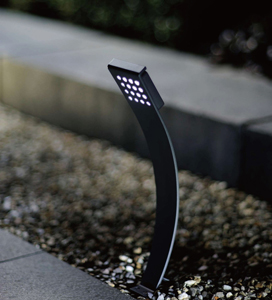 Intelligent LED technology is also applied to a range of LED streetlights.

One of the future trends to enhance LED (light emitting diode) lighting is computerization, programming to tweak dimming capacity and color variation to make the lights more intelligent, or shaping their behavior according to ambient conditions to save energy.

As with many other computerized systems that intervene human input to achieve "higher intelligence," as automotive anti-lock braking that pulses braking action for higher effectiveness, computerizing or intelligent lighting enables makers to program lights to work with less energy and yet emit sufficient illumination according to need, ambient brightness at different hours, effectively boosting lighting quality and comfort.

According to United Nations statistics, lighting burns some 19% of all electricity globally but converts only 10% of it into illumination, hence driving many major economies to ban incandescent lamps and promote LED lamps, which can reduce an estimated 70% of electricity consumption worldwide.

Both designed to be energy-efficient, one has infrared sensor to activate by body heat, thus ideal for wardrobes, cabinets holding books and wine, and cloakrooms, as well as for porches, indoor hallways and corners. The other has an electromagnetic switch that turns on a light when cabinet doors or drawers are opened and vice versa. Both series adopt high-power LEDs with high CRI. 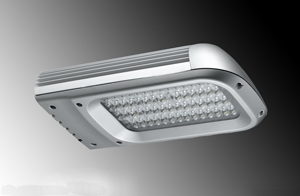 Taiwan in the Race
Not to be outdone, Taiwan's Industrial Technology Research Institute (ITRI) has organized approximately 13 Taiwan-based manufacturers from all sectors of the LED-lighting industry to develop intelligent LED mood lighting, which is noted for computerized changes in light intensity and color. J.H. Chang, manager of the Technology Center for Service Industries under ITRI, oversees the lighting project, aiming to upgrade color and intensity changes with wireless remote in four years.

Chang says that the business is potentially profitable for volumes are small but specifications diversified-which ideally suits the production modes in Taiwan, stressing that world-class players don't mind the rivalry for they can't be bothered with filling big variety, small volume orders.

Chang has been contracted by the Small and Medium Enterprises Administration (SMEA) of the Ministry of Economic Affairs (MOEA) to survey the market and organize the team of manufacturers from the LED lighting fixture, LED lamp, sensor-based controller, wireless-device, lighting-design, and thermal-dissipation sectors.

The alliance plans to design intelligent LED lighting for conference rooms as the first target, a sound strategy for some 28,000 enterprises in Taiwan with 10-20 person conference rooms. Chang notes that such lighting also works well in homes, museums and art galleries, with outdoor models suitable for walking paths, gardens, scenic sites and bicycle paths.

Intelligent LED Streetlights
Opto Tech Corp. of Taiwan, an LED-chip supplier, has launched intelligent LED streetlights, which are rated 55W and 105W and powered by solar panels and AC.

Also the modular design allows easy assembly by hand, with concealed hinges and several E-shaped fasteners on each module, with such design enabling easy upkeep.

An efficient cooling system inspired the company to nickname the modules "breathable streetlight modules." With aluminum vanes connected to bronze pipes extended from ventilation outlets under the modules, heat generated from lighting quickly dissipates from the aluminum fins after entering the bronze pipes. 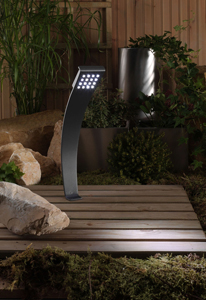 Intelligent technology is crucial to sustainable development of green lighting.

The modules convert over 90% of electricity consumed into light, achieving energy efficiency and durability.

Huge Potential
LED streetlight has huge market potential. According to the online clearinghouse LEDinside, around 870,000 LED streetlights were installed worldwide in 2010, an increase of 42.62% from 2009's 610,000 streetlights. The market researcher points out that currently intelligent lighting can automatically switch on and off or dial up and down intensity, as well as work with solar or wind power. In the near future, LED lighting is expected to carry more intelligent features, including automatic adjustment of brightness, color, and output angle according to ambient conditions and lighting fixtures. 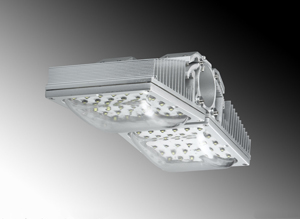 The clearinghouse says standardizing LED streetlights will also facilitate development of intelligent systems, adding that while developing standards for LED streetlights has become a global campaign, Taiwan has outpaced others by introducing its CNS15233 specifications.

NXP Semiconductor, a chipmaker, sees a brighter future for the intelligent LED lighting market, forecasting LED lighting to command the majority of global lighting fixture segments in five to 10 years. The chipmaker points out that around three billion of the 10 billion lighting fixtures used worldwide are compact fluorescent lamp (CFL), whose growth will slow in three years and market share will begin to be encroached by LED lighting two year thereafter. 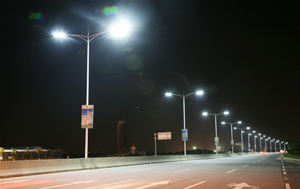 An illustration of LED streetlight installation.