The ARTC notes that the European New Car Assessment Program (Euro NCAP), a European car safety performance assessment program, has announced that it will incorporate AEB into its assessment standards in 2014. AEB is an autonomous road vehicle safety system which employs sensors to monitor the proximity of vehicles in front and detects situations where the relative speed and distance between the host and target vehicles suggest that a collision is imminent. In such a situation, emergency braking can be automatically applied to avoid the collision or at least to mitigate its effects. 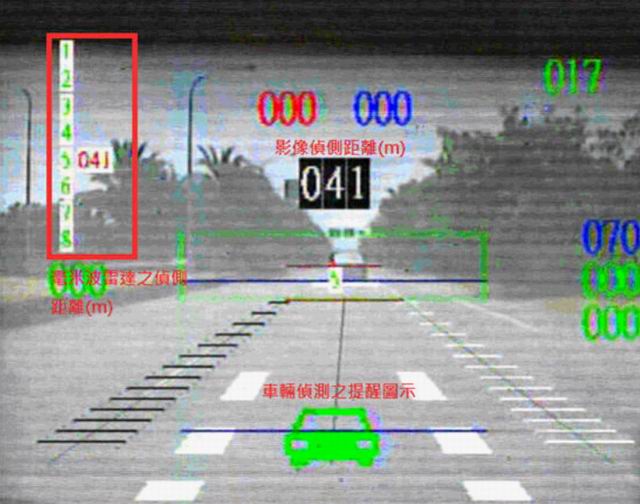 The AEB system developed by the ARTC is tested on the road. (photo courtesy ARTC)
The United Nations Economic Commission for Europe (UNECE) has announced that this kind of system became mandatory for new heavy vehicles starting in 2013. A recent study suggests that if all cars had AEB, it would reduce collision accidents by up to 27%. To assure a better safety evaluation for their vehicles, international automakers have been working to adopt multi-sensor architecture in the development of their AEB systems so as to overcome physical limitations such as those caused by weather conditions and the devices themselves).

In its development of AEB systems, the ARTC integrates both millimeter-wave radar and image-sensing technology into the core architecture of its AEB system.

With their recognition and distance-detection capability, image-sensing systems are easily affected by weather conditions and background complexity. Millimeter-wave radar, which is currently the mainstream collision-prevention technology, transmits radio waves to the vehicle ahead and analyzes the arrival time and direction of the reflected radio waves to measure the distance to the vehicle and determine its speed and position. These systems are used as sensors for Pre-Crash Safety (PCS) systems, which attempt to minimize crash damage when detecting an imminent collision, and for Adaptive Cruise Control (ACC) systems, which maintain a safe distance between vehicles.

Millimeter-wave radar is not vulnerable to weather conditions, but it cannot recognize the character of the objects it detects. So, ARTC claims, the integration of millimeter-wave radar and image-sensing technologies into a single AEB system will create many advantages: pedestrian recognition, background-complexity reduction, lowering of the algorithm volume of central processors, etc. For AEB system development, the center integrates digital image processors and micro controllers into one dual-core processor module as the algorithm core for real-time lane recognition, front-vehicle distance detection, multi-sensing fusion, route prediction, etc. 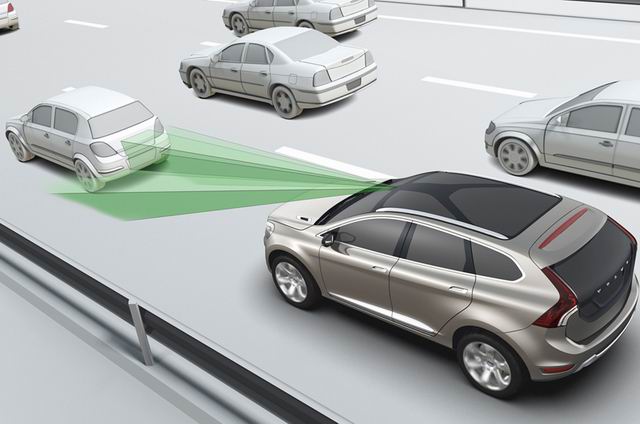 AEB is an autonomous road vehicle safety system which employs sensors to monitor the proximity of vehicles in front and detects situations where the relative speed and distance between the host and target vehicles suggest that a collision is imminent. (photo from the Internet)
A series of real-vehicle tests has shown that ARTC's AEB system greatly upgrades detection accuracy, thanks to its ability to overcome interference from weather conditions and background complexity. As there is no company in Taiwan working in the field of multi-sensing fusion, the ARTC has tied up with Carnegie Mellon University of the United States to acquire the technology and know-how it needs. The results of this effort will be transferred to local manufacturers and used to help local vehicle safety system makers achieve Euro NCAP standards.