New Car Sales in Taiwan Drop 1.9% in First Half Amid Uncertainty

Impacted by uncertain economic prospects, sales of new cars in Taiwan dropped 1.9% year-on-year (YoY) in the first half of 2013, with about 182,000 units sold, lower than original expectations by local auto dealers early this year, according to domestic Automotive Research & Testing Center (ARTC).

January was the best-selling month for the domestic automobile market in the first half, ARTC said, while the sharply appreciating Japanese yen and consumer expectations for new-car price cuts began clearly delaying purchase willingness in March, leading to a 16.7% YoY sales drop in the month. Automakers and vendors, in turn, engaged in promotions to elevate sales volumes in April and May, but barely maintained the overall market; while the continued preferential terms by automakers and the government's decision to subsidize old-car replacement with eco-friendly new cars successfully triggered purchases. New-car sales in June increased 7.6% YoY, offsetting the YoY market drop to 1.9%.

Rising Imported-car Market Share
The market share of imported cars has been rising in recent years in Taiwan. According to ARTC, the market share of imported cars accounted for about 20% of the overall market in 2009, but has risen to 28% in the first half of 2013. The center says prices of locally-assembled cars have been rising due to local assemblers' choosing to introduce more luxury products for the domestic market, and an increasing number of options are introduced to local consumers by local agents.


Export Growth
In a small domestic market, with about 250,000 to 350,000 new cars sold yearly, local carmakers and assemblers have been trying to increase export opportunities to achieve economy of scale. 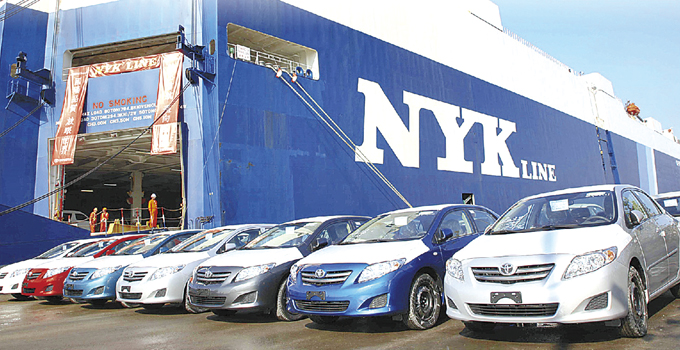 Kuozui Motors Ltd., the local assembler of Toyotas, has led auto exports in Taiwan by accounting for more than 90% of total exports from the island each year. In 2013, ARTC says, Kuozui is expected to export more than 80,000 Toyotas.

ARTC says that most local automakers and vendors have reduced forecasts for the Taiwan market this year to 350,000 to 360,000 units, suggesting that even governmental subsidies is insufficient to offset sales downturn. However, the center stresses, automakers and vendors are still providing preferential car purchase terms, with more new models to be launched in the fourth quarter, all of which should create a better environment in the second half for new car sales.