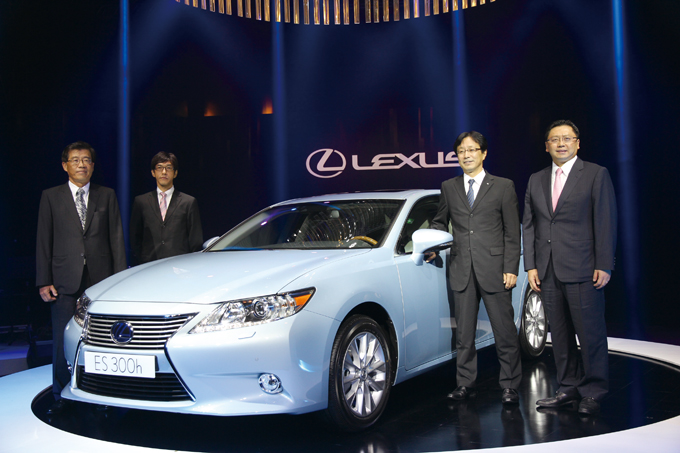 Justin Su (right) guides Hotai Motor to headier sales ahead.
Justine Su, president of Hotai Motor the Taiwanese agent of Toyota and Lexus, recently forecasted that the new-car market on the island may grow about 1.1% to some 370,000 units in 2013, as long as official policies can stimulate consumer confidence and thus spending.

In partnership with Toyota of Japan, Su said during an interview by the Chinese economic daily Economic Daily News (EDN), Hotai has successfully achieved 33.8% market share in 2012, but has been forced to invest abroad due to the small automobile market locally. Hotai has teamed up with Toyota to jointly develop the auto-accessory market in China, which, if successful, will be expanded into the Middle East, Europe and United States. 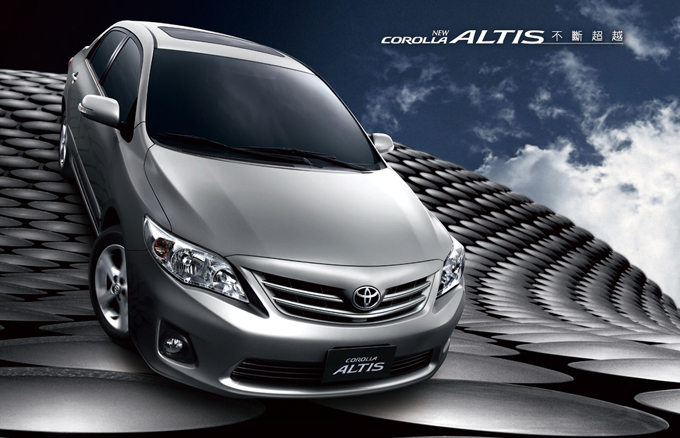 Kuozui, a Toyota-Hotai joint venture, exported some 67,000 Taiwan- assembled Toyota Altis sedans to the Middle East in 2012.
Replacement Purchases
Due to stronger-than-expected demand last December (with 34,500 units sold), overall new-car sales in Taiwan totaled 365,871 units in 2012, slightly higher than originally forecast by Hotai (363,000 units). Despite economic uncertainties ahead, Su says, replacement purchases should continue to drive the overall market to some 370,000 units this year, in which Hotai aims to win at least a 34% share.

The devaluation of the Japanese yen against the U.S. dollar will help Hotai to negotiate more competitive vehicle prices with Toyota Japan, Su says, but Toyota's headquarters has finally decided to keep price hikes at 1% instead of the original 3%, already the best prices offered to Hotai to optimize market development in Taiwan. So Hotai already holds all the chips available to play in the Taiwanese car market.
Su says that new car sales can also be driven ahead if the Taiwan Transportation Vehicle Manufacturers' Association (TTVMA) succeeds in lobbying the government to subsidize buying cars older than 15 years.

About six million cars are owner registered in Taiwan, Su says, with about five million units in-use. So a 1% annual replacement generates demand for some 50,000 new cars, which can push the island's annual new-car sales volume to outstrip 400,000. Before 2008, annual old-car scrapping rate was about 5%, but dropped to only about 2.7% by 2012 due to unfavorable economic climate to create replacement purchases of only about 40% of the overall market.


More Auto Parts from Taiwan
“We have solid relationship with Toyota Japan and the partnership has been consolidated after the earthquake/tsunami in Japan and serious floods in Thailand (which cut Japanese automakers' parts supply chains), which forced the Japanese carmakers to divert orders to Taiwan,” says Su.

The increasingly close relationship between Taiwan and Japan has not realized sizable new investments on the island, Su says, but Toyota has begun to procure more auto parts from Taiwan for not only its factories in Japan, but also overseas assembly plants. Such expanding procurements should cut Toyota's costs and bring more opportunities to Taiwan's auto-parts suppliers.

In 2012 Kuozui produced about 173,000 Toyotas, including 67,000 units (50,600 units in 2011) for export to the Middle East and the rest for domestic sales; while the annual production volume is expected to rise to about 200,000 units, another record in company history. The Taiwan-produced Toyota Altis sedan is popular in the Middle East, hence driving export growth, Su says. The increasing export volume has helped Kuozui achieve all-time-high revenue of over NT$98 billion (US$3.3 billion) in 2012, despite the relatively minor car market in Taiwan.

According to Su, Kuozui's production capacity is filled currently, without room for another model for export in the near term, with the carmaker watching if demand can support long-term growth before making expansion decisions.

Hotai Financing is mainly engaged in installment-payment services to consumers of new and used cars, motorcycles, medical devices, machinery etc. The firm led such segment in Taiwan in 2004, offering in 2012 more than NT$50 billion (US$1.7 billion) in loans to consumers, up 25% from the previous year.

Hotai Leasing has been the largest auto leasing firm in Taiwan since 2002, winning last year 23.5% market share with a fleet of 25,000 cars.

The company's major product lines include parking sensors, in-car infotainment systems, and others. In Taiwan, about 70% consumers choose Carmax's products for new Toyotas.

In late 2012, Toyota Japan bought a 33.4% share in Carmax, through its Japanese subsidiary T-JACS Corp., aiming to jointly explore the auto-accessory business in China and globally, also planning to export more Taiwan-made auto accessories to Japan to raise revenue.

Overseas Deployments
As a general agent in Taiwan, Su says, Hotai has close cooperation with Toyota Japan, and has been aggressively expanding business in China. Hotai is very optimistic about Toyota sales in China, where it fully trusts Toyota's development strategies.
Su claims that Hotai operates 15 dealers and plans to add another four, including three Lexus dealers and one for Toyota this year.