TYC to Continue Expanding in Major Markets in 2014: Chairman Wu

Wu Jun-ji, chairman of TYC Brothers Industrial Co., Ltd., a leading auto-lamp maker in Taiwan, recently said that his company is set to further develop in 2014, with sales in North America, Association of Southeast Asian Nations (ASEAN) and China expected to continue expanding to boost  revenue and profitability. 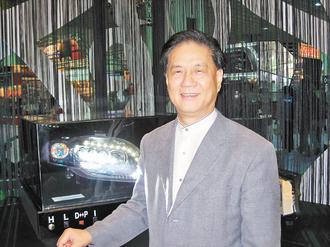 Wu Jun-ji, chairman of TYC.
Wu stresses that in 2014 his company will focus on upgrading profitability, being optimistic about the recovering economy in the U.S. and Europe that will lead to stronger demand, and that TYC will pour more resources into the aftermarket (AM) replacement market in Europe, including finding more distributors and beginning to accept original equipment (OE) orders from regional automakers. In 2014, Wu says, TYC will kick off supplying lamps to a new BMW model, and the company is also developing several lamp models for other new European car models. Wu estimates that TYC's sales revenue in Europe is expected to rise by 20% in 2014.

ASEANJouku Technology Co.,. Ltd., a TYC subsidiary producing electric auto parts on the OE supply basis, has been aggressively developing business in ASEAN, having completed construction of a factory in Jakarta, Indonesia, in partnership with Astra Group there. The new facility is scheduled to kick off production of auto parts around April 2014, with targeted first-year revenue of about NT$400 million (US$13.3 million).

Jouku also plans to tie up with Stanley of Japan to set up another factory in Malaysia to produce auto lamps for local automakers Perodua and Proton on the OE basis.

In conjunction with several years of business development in China, the world's largest automobile market, DBM Reflex of Taiwan Co., Ltd., a joint venture between DBM Reflex Enterprise of Canada and TYC to produce reflectors for meeting increasing demand from Asian auto lamps makers, is expected to begin reaping fruitful rewards in 2014. The  regulations by the Chinese government to require all new commercial vehicles be installed with reflector for safety reason, according to TYC, are generating big demand from about three million commercial vehicles in the nation per year. In addition, the big market also has demand for auto accessories, roadside markers, emergency car/truck triangle warning signs, other LED auxiliary lamps etc., which is expected to create business potential.

RegretIn the past five years, TYC has paid about US$36 million to settle an anti-trust suit in the U.S., Wu says, and he wants to apologize to all its  shareholders. The suit ended in late 2013 and Wu promises that he will push TYC to better performance to compensate the shareholders in 2014.