By MICHELLE HSU
The emergence of the cultural/creative industry is not only infusing new life into Taiwan's furniture industry but is also encouraging local furniture designers to seek inspiration from the traditional wood workmanship, structure, and cultural background of furniture from earlier days.

Under the slogan “Without the traditional, there can be no modern; without the modern, the traditional becomes meaningless,” the National Taiwan Craft Research and Development Institute (NTCRI) held a woodcraft furniture exhibition, “Have a Seat,” last year. The purpose of the event was to present the features of Taiwanese wooden furniture and impress upon the public the inextricable relationship between humans and the seats people come into daily contact with.

“Have a Seat: An Exhibition for Wood Craft Furniture of Taiwan” took place at the NTCRI building from early June to late October 2013, introducing the Taiwanese furniture industry through its long history from the Ming and Qing dynasties to the present day. In its promotion of the concept of “green craftwork," the exhibit focused on “the chair” as its main theme, and supplemented it with other types of furniture.

The exhibition adopted the familiar and friendly greeting, “Have a seat!”, as its tag-line. Apart from conveying the functionality and cultural symbolism of the wooden seats on display, the organizers also wanted this warm and hospitable invitation to make visitors feel the intimate relationship between people and seats.

Visitors to the exhibition could explore the historical development of Taiwanese furniture, from the traditional to the modern, from the East to the West, from craftwork to design. They could learn how Taiwan adopted, adapted, and evolved Chinese, Japanese, and Western furniture styles and features over more than a century. The exhibition also highlighted how, through the interaction of different cultures over the years, Taiwan developed the interpretations and practices of its contemporary lifestyle aesthetics.

Furniture items on display at the exhibit were divided into three groups--“Classical & Traditional,” “Craftwork and Life,” and “East-West Crossing”--presenting the features of Taiwanese furniture in different historic periods. 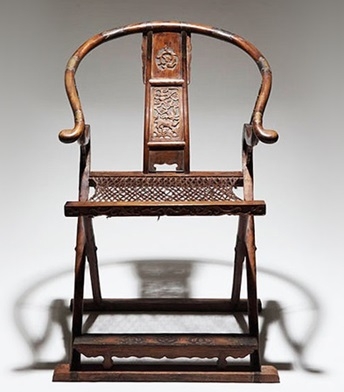 This folding Ming-style chair is a typical example of the structure and woodworking techniques of Ming-Dynasty furniture.

Taiwanese furniture roughly dates back to the Ming dynasty, when immigrants from China brought their furniture-making techniques to the island. In the early years, Taiwan furniture mimicked Chinese styles. Ming Dynasty-style furniture was simple and elegant, while that of the Qing, which was influenced by Western styles, was meticulously crafted, luxurious, and extravagant. Both, though, featured traditional Chinese wood workmanship. Ming and Qing furniture inherited the traditions of the earlier Song Dynasty and created a glorious new era for Chinese furniture, giving it a place in world furniture history. 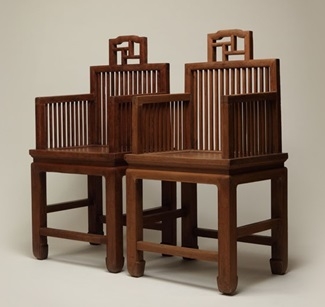 The “couple chairs” exhibit a mixture of Ming and Qing styles.

During the last years of the Qing Dynasty and the early years of Japanese rule, Taiwanese furniture integrated orthodox Chinese culture and migratory agricultural culture, developing from them a new style that was a mixture of Chinese and foreign. The mixture illustrated the truest representation of the cultural life of the common people living in Taiwan at that time. During the emerging era of industrial production in the 19th century, Taiwanese furniture kept its vigorous cultural spirit of classical elegance. 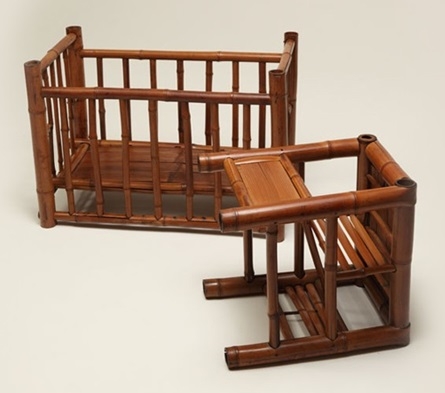 This bamboo chairs plus baby crib reflects the lifestyle of wealthy Taiwanese people in earlier days.

With the development of Taiwan's industrial technology in the post-war years, traditional woodcraft was gradually replaced by Western modernism. Looking back at the craft over this period—from the late Qing Dynasty to the post-war years—we see that "the chair," whether in the form of a straight-backed armless chair, bench, one-piece desk-chair, or sofa, has left sweet memories from every era.

In the 1970s to the 1980s, international market demand caused a restructuring of Taiwanese industry toward the mass production of furniture for export. Deeply traditional woodworking techniques were coupled with the imitation of European and American styles, enabling the furniture industry to keep pace with the rapid development of the industrial era. This also helped Taiwan earn the title of “Furniture Kingdom” at that time. 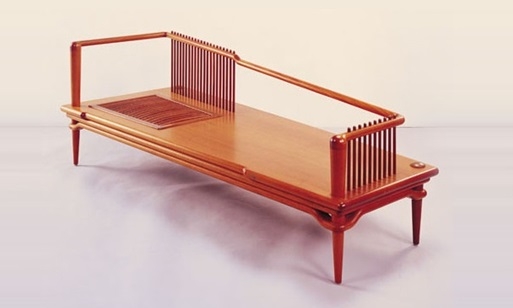 This lounge chair is a masterpiece by designer Hong Da-ren.

Since the 1980s, as the government began working to preserve traditional culture and folk art, a number of traditional furniture and wood carving masters have emerged and the younger generation has integrated practical application with industrial design. A constant flow of new-generation furniture creators are entering the industry, imbuing it with a new and powerful dynamism. 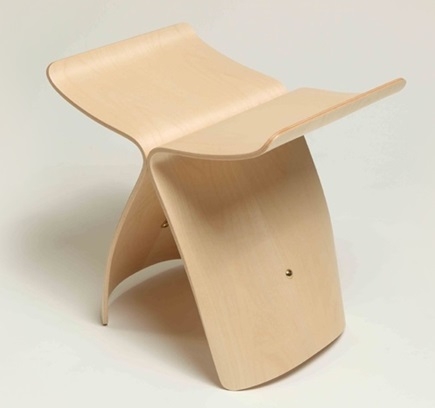 “Creative diversity” is a primary feature of contemporary Taiwanese furniture.

The development of the the furniture-making craft today has taken a clear turn toward creative diversity. Craftsmen have begun studying design with an open and free mind, allowing traditional and modern, Eastern and Western cultures to clash, creating a spark of brilliance which endows Taiwanese furniture with the ability to meet the challenges of this new era.

Cultural Heritage and Contemporary Value
From the early agricultural society to the 21st century, through the wisdom crystallized over the centuries, “woodcraft furniture” has become an important representation of Taiwan's traditional craftsmanship. This exhibition presented the craft in the context of the great historical timeline and zoomed in to take a closer look at the sparks flying at each turning point along the way, providing a comprehensive interpretation of every stage, from the folding chairs of the Ming Dynasty to the variant chairs of the Japanese colonial period and the chairs adapted for practical daily use with primary school desks, or for use by nursing mothers.

The exhibit gave visitors an insight into the development of Taiwan's traditional woodcraft furniture, and an understanding of how the industry has moved from the era of manufacturing into a new stage of development as a creative industry. Visitors were shown the rich cultural heritage and contemporary value of Taiwan's traditional woodcraft furniture.

The exhibition unveiled the traditional and cultural heritage of Taiwanese furniture, not only making visitors sigh at the brilliant modern designs of today but also allowing them to trace the origins of those designs to the opulent and simple designs of traditional furniture through the long flow of history.