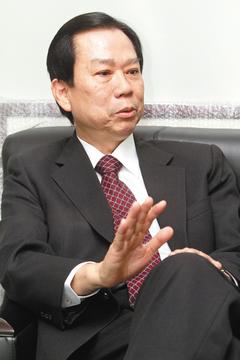 Raymond Sung, Simplo's chairman, recently said that he aims to continue to stay onboard with his company until age 75, and achieve EPS of over NT$10 over the next 10 years.

Due to fierce competition from Chinese rivals, Taiwanese battery-pack makers' profit margins have been sliding. Sung said, however, that Japanese and Korean counterparts are expected to suffer more from underselling competition. Sung directly denied institutional investors' worries about Simplo's falling profitability, saying that his company's revenue is expected to enjoy two-digit growth this year, with the EPS for 2014 higher than 2013.

Regarding the supply of battery pack to Tesla Motors Inc. of the U.S., a major maker of premium electric cars, Sung admitted that some opportunities exist for Simplo. However, he added, Simplo have won orders from electric-bike makers in Germany and Switzerland. In 2013, Simplo's battery packs for e-bike application generated revenue of about NT$800 million to NT$1 billion (US$26.7 million to US$33.3 million), and the value is expected to increase by 40% to 50% this year. Simplo has also successfully tapped into Chinese e-bus makers' supply chains, already supplying two e-bus models.

Regarding Siimplo's business deployment in wearable devices, Sung said that his company will target products with higher technical level, such as healthcare items.