Sales of New Cars in Taiwan Up 20% YoY in May

A total of 36,724 new cars were sold in Taiwan during May, up 19.9% year-on-year (YoY) and 7.3% month-on-month (MoM), according to statistics compiled by the Ministry of Transportation and Communications (MOTC). Industry experts said that new-car sales in Taiwan has been surprising almost every month this year, forecasting the volume in July to hit some 45,000 units.

Based on the sales volume in May, some experts forecast total new-car sales volume in Taiwan to hit 450,000 units this year. Even Hotai Motor Co. Ltd., the local agent of Toyotas, did not predict this year's stronger-than-expected demand for new cars.

Justin Su, Hotai's president, says that each of the past five months this year saw new-car sales volume outstrip that of the previous month, so the overall market is very promising. In the first few days of June, Hotai's distributors in northern and eastern Taiwan have reported sales much better than originally targeted.

M.H. Huang, Hotai's assistant V.P., says that new-car sales in January suggest a forecasted overall market volume of some 420,000 in Taiwan this year, but continual strong demand later point to higher sales to some 450,000 units. 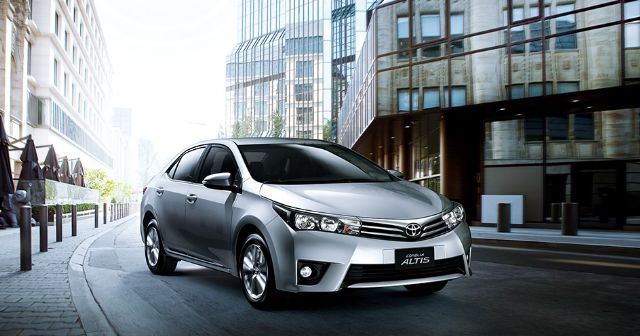 Auto distributors attribute the high monthly new-car sales volumes to a 10-year replacement cycle triggered by the roll out of new models by local automakers and car importers, especially the Toyota Altis sedan, Nissan Super Sentra sedan, and LUXGEN U6 crossover. These models were unveiled in late 2013 and have been in short supply for several months. Even in the income- tax-paying May, demand still remained strong.

Hotai's assistant V.P. Huang said that all major automakers will kick off summer distributor sales competitions in June by offering incentives to customers to likely raise  new-car sales in the period. By providing a NT$30,000 (US$1,000) discount to each new-car buyer, Huang says that Hotai's June sales volume is expected to reach 12,500 units, and as high as 15,000 in July.

Imported luxury cars have also been in high demand, especially for Mercedes-Benz, BMW and Lexus, which, industry sources say, is unusual in recent years.

Industry sources attribute part of the hot sales of Lexus to the government's reported plans to shrink subsidies of hybrid cars, which will raise  prices of such vehicles.