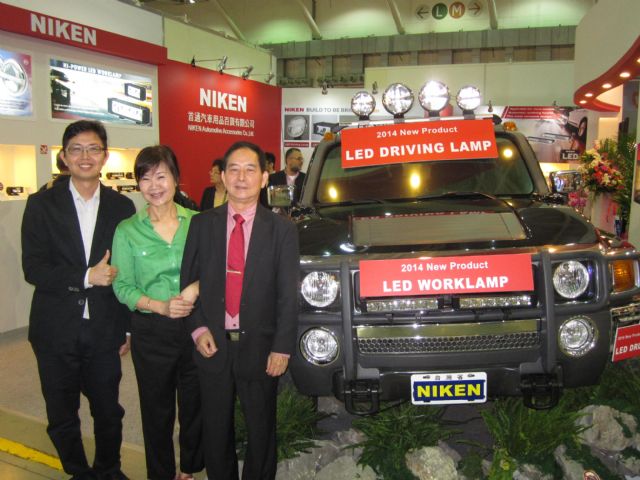 Simon Shih, chairman of Niken, says that his company's core values include high quality, safety, and professionalism, which the new 2014 series further confirm.

Niken was the first among local counterparts in developing and manufacturing automotive LED fog lamps,  also the first few models produced on the island to win E-mark certification. Shih says that all its LED lamps feature better water-tightness, heat-dissipation, optical design, and styling.

Niken was established in 1976 as a specialized developer and manufacturer of auto parts and accessories. Quality products made by the ISO 9001-approved company pass all major international standards, including E-mark, CE, RoHS, FCC etc..

Niken's 2014 new LED lamps are well-designed to be striking, with the reflectors designed for maximum illumination, and cooling mechanisms able to perform effectively to achieve 30%-longer life cycle than most counterparts.