China, the largest source of auto parts on the U.S. aftermarket, may develop  closer cooperative links with American manufacturers who are looking for investment to revive their fading prospects. A significant development in that direction was a visit to the U.S. this summer organized by the China Association of Automobile Manufacturers (CAAM).

At the invitation of the Michigan State Government and the Detroit Chinese Business Association, CAAM organized a delegation to the U.S. on June 11-19 to observe and investigate the auto-business investment environment there.

CAAM Executive Vice Chairman Dong Yang headed the delegation, which was composed of over 30 representatives from China's auto industry including several leading parts makers such as the Fujian Motor Industry Group and Wan An Group. The delegation visited major U.S. cities such as Detroit, Toledo, Washington, and New York. 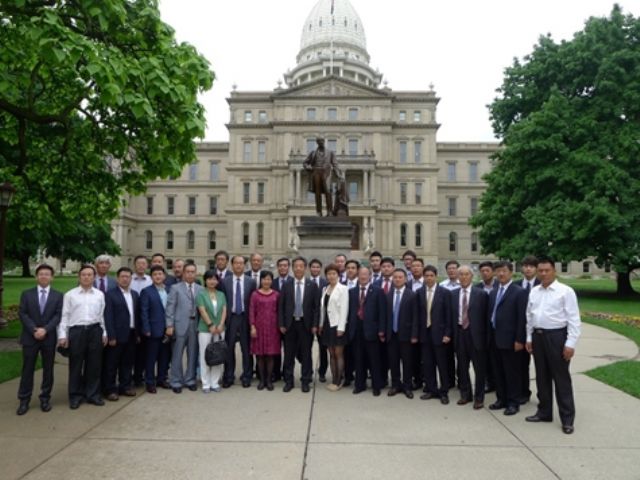 This summer's U.S. visit organized by the China Association of Automobile Manufacturers (CAAM) during this summer was a significant development in the fostering of Sino-US cooperation.

On its first day (June 11) in the U.S., the CAAM delegation attended a seminar jointly held by the Michigan Economic Development Corporation and Detroit Chinese Business Association, and co-sponsored by several local enterprises. During the seminar, the U.S. representatives detailed the local development situation, the willingness of local enterprises to cooperate with Chinese partners, and Michigan's inward investment policy. They introduced the present and prospective status of economic development in Detroit and Michigan, the trade and investment environment, policy trends, consumption habits of local residents, cultural customs, and so on.

CAAM Vice Chairman Dong Yang, who represented the Chinese side, delivered an address introducing the current state of development of China's auto industry, the functions and role of CAAM, and the thinking of Chinese enterprises toward investment overseas.

During the seminar, participants also discussed the points of concern for Chinese enterprises making inroads into the U.S. market. Representatives from the two sides then carried out one-on-one exchanges and consultations on the details of Sino-American corporate investment.

After the meeting, the Chinese delegation visited Michigan State's Plymouth Automotive Research & Development Park, where a number of automobile and parts enterprises are located. To induce interest in setting up factories in the park, the Michigan State Government espouses preferential land policies as well as tax restructuring and regulatory reform designed to create an excellent business environment.

In-depth Observation
The CAAM delegation followed an intensive schedule on its visit at Michigan State. On the second day (June 12) it called on Lieutenant Governor Brian Calley and conducted in-depth exchanges in Lansing, the state capital. 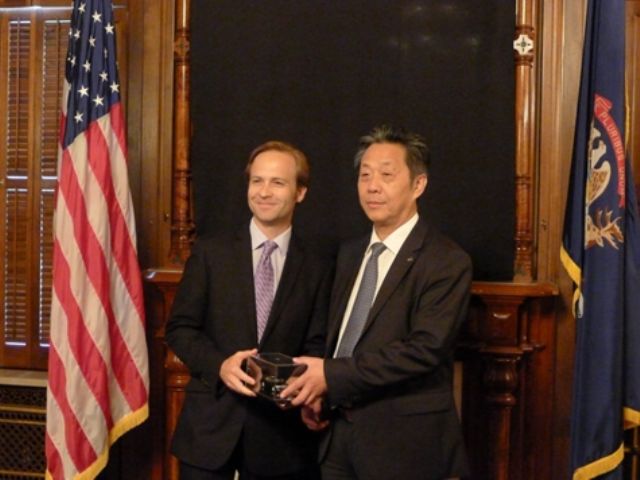 The CAAM delegation, headed by Dong Yang (right), called on the Lieutenant Governor of Michigan, Brian Calley (left) for an in-depth exchange of views.

During a meeting especially arranged for the delegation, the lieutenant governor gave a speech introducing Michigan's socio-economic conditions, with particular emphasis on the fact that Michigan has consistently been committed to the development of the automobile industry. Currently, over 70% of North American automotive research and development institutions and more than 60% of all large automotive suppliers are located there. The state has a fine developmental foundation and very much welcomes Chinese auto companies to enter into business negotiations on investment in factory construction and other commercial activities, the lieutenant governor said.

The Chinese delegation also visited the Michigan State Automotive Industry Office to discuss the promotion of bilateral cooperation. The director of the office, Nigel Francis, provided a detailed introduction to the Michigan auto industry development plan and conducted an in-depth exchange with the delegation on issues including the impact of globalized production trends and urbanization on the new-car market, and the integration of the automotive industry supply chain. Afterwards, the delegation, accompanied by a Ford executive, visited Ford's green factory, the Ford Museum, and the assembly line for Ford F-type pickup trucks. 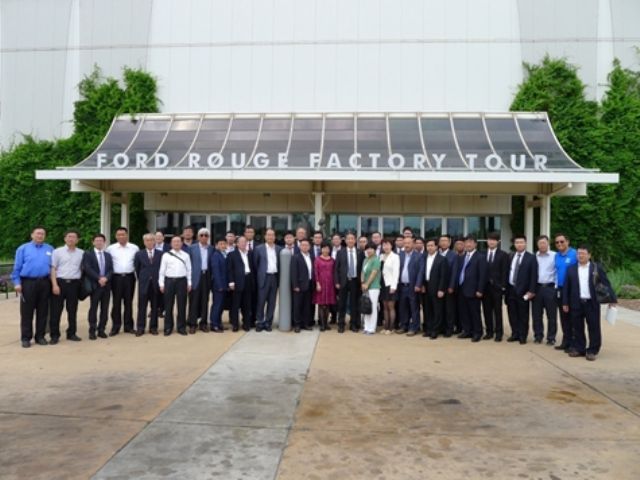 In the days that followed the CAAM delegation visited the city of Toledo, Ohio at the invitation of its deputy mayor and held meetings with local entrepreneurs and association representatives. In his keynote speech to the delegation, the deputy mayor presented an outline of Toledo's socio-economic development situation; Toledo's principal industries are car assembly and glass manufacturing, and the famous Jeep was born there. The deputy mayor expressed the desire to develop more instances of mutually advantageous cooperation with Chinese auto enterprises.

Financial Meetings
The delegation also investigated the automotive market in Washington, where it visited local dealers such as Ford and Hyundai and met with the heads of 4S shops to discuss the local car sales situation as well as market competition between domestic American and foreign brands. 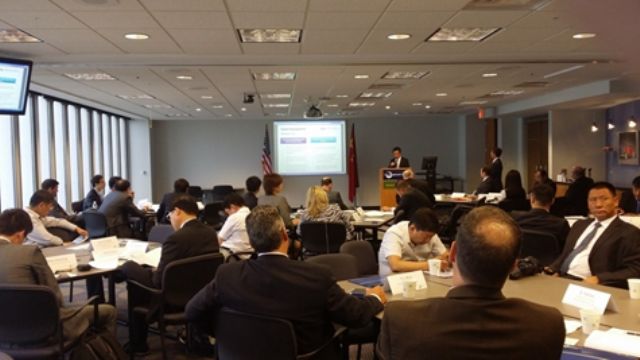 Members of the delegation carried out free exchanges with representatives from several financial institutions to seek ground for cooperation.

Arriving in New York on June 17, the delegation visited the U.S. headquarters of the International Strategy & Investment Group (ISI Group), JPMorgan Chase, Blackstone, and other financial institutions.  CAAM Deputy Secretary-General Shi Jianhua gave a talk on the current status and future trends of the Chinese automobile industry, and the two sides discussed the different stages of development of the Chinese and U.S. automotive industries and prospects for cooperation.

Members of the delegation carried out a free exchange of ideas with representatives of JPMorgan Chase, Blackstone, and other investment institutions on corporate financing, capital operations, and such issues, and there were lively discussions in pursuit of grounds for cooperation.

During its stay in New York, the delegation also visited Chris Koenders, executive vice president of the BMW Group (North America), and ISI's automotive industry analysis expert, Arndt Ellinghorst, who had traveled from London for the meeting. The current state of development and future prospects of the American auto industry were discussed from the perspectives of the auto industry and investment institutions.

During their visit, members of the Chinese delegation obtained first-hand information on U.S. market policies, regulations, and products, and gained an understanding of the current development status and future trends of the American auto market.

Members of the delegation unanimously agreed that the results of their trip would exert a strong guiding influence on businesses investing in the United States, would benefit enterprises pioneering the development of overseas markets, and further the healthy development of China's international automobile trade. The delegation members expressed the hope that more such tours would be organized in the future.