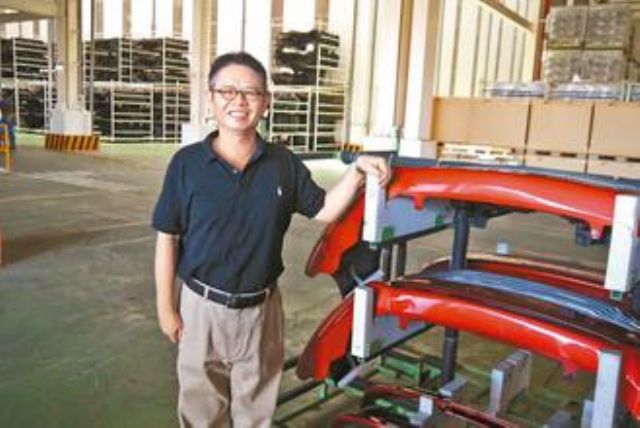 Crispin Wu, Tong Yang's president, says in addition to the new OE-parts production line, his company's investment focus in 2014 will be aftermarket (AM) replacement products. This year, Tong Yang's capital spending is expected to top NT$3.9 billion (US$130 million), with several investment projects to be completed by the end of 2015, including a new warehouse, electroplating factory (for AM items), an automation project at its sheet-metal fender production line, and the firm's fifth AM-parts factory in its plant complex in Tainan, southern Taiwan.

Institutional investors estimate Tong Yang's revenue to grow at least 10% in 2014 and to remain at such level in the next three years.

Wu says the sovereignty debt problems in Europe have abated, coupled with recovering U.S. economy to drive increasingly stronger demand for AM auto parts from the two regions; while longer vehicle life also generates more demand for AM replacement parts.

The president adds that Tong Yang's intensive investments in China in the past 15 years or so have begun generating ROI to the Taiwanese headquarters, so the company has decided to focus on  and pour resources to expand production capacity in Taiwan. In conjunction with a series capacity expansion, corporate restructuring, and new-factory construction plans on the island, Wu says that Tong Yang will likely raise its global market share while widening its lead over rivals.

However VW's plans in Taiwan is still pending due to the China-Taiwan trade talks and agreements failing to include assembled-vehicle for duty exemption, albeit the restructured plant helps to win more OE orders from local auto assemblers.

TYC
TYC Brothers Industrial Co., Ltd., one of Taiwan's largest auto-lamp makers, just broke ground for a factory in Tainan Technology Industrial Park (TTIP), expected to cost NT$600 million (US$20 million). In Q2, TYC's subsidiary Jouku Technology Co.,. Ltd. inaugurated a factory in Malaysia as the start of a series of investments in the nation. The firm says the ongoing investments could boost annual revenue to over NT$10 billion (US$333.3 million) in the near future.