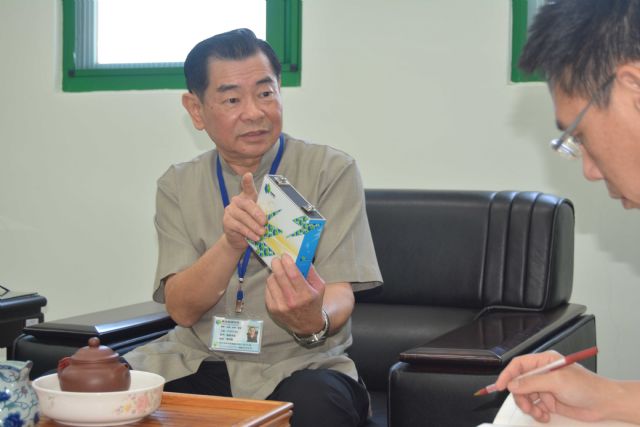 Chen Ming-der, chairman of Chang Hong, which aims to become a leading maker of LFPO power cells. (Photo from CENS)

Chen is a legendary figure in Taiwan. He has held chair professorships at over 10 major universities in Taiwan and served as a senior consultant to the Office of the President, the Ministry of Economic Affairs (MOEA), Taichung City Government, and other organizations, as well chairman of several enterprises. He is also known as the "Father of the CTSP" due to his role in setting up the park as a key high-tech development hub in central Taiwan.

When serving as CEO of the CTSP Administration, Chen met many entrepreneurs and professionals. He also learned that a group of Taiwanese scientists with patented technology for making LFPO power cells was trying to form cooperation ties with companies in the CTSP. Chen finally decided to join Chang Hong to make the futuristic and, compared to lead-acid counterparts, more efficient and eco-friendly battery product.

"Global demand for green energy is booming from almost every segment using electric power in their products, especially battery electric vehicle (BEV) and plug-in hybrid electric vehicle (PHEV), solar and wind power energy storage, stand-alone/hybrid emergency power systems, and many other applications. There is also a strong interest in safer and more reliable high-performance Li-ion batteries," says Chen. "The LFPO cell is superior to non-iron-based Li-ion counterparts in safety and heat tolerance. Also, LFPO cells have an advantage over LiFePO4 in terms of environmental concerns, ease of mixing and cost." 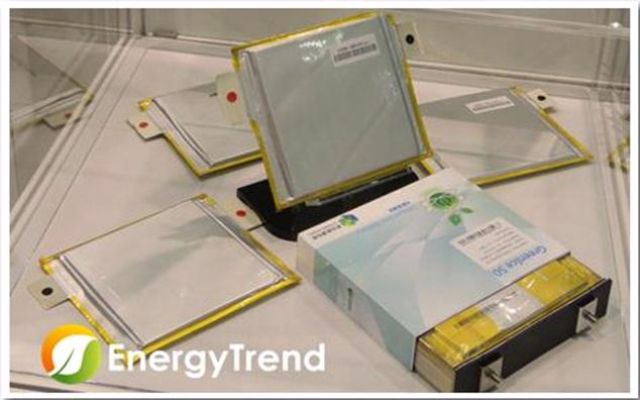 Way to Mass Production
According to Chen, the cell is the key component in power supply and energy storage systems. Anyone with control of cell technology can promote and develop a complete industrial chain for green energy.

With this ambition in mind, Chang Hong was founded in late 2009. But its challenges were just beginning.

"There was a long road to go from lab-developed technology to a mass-production ready product," Chen says. "Our professionals solved all the problems over the past few years, culminating in the the production lines at our factory today." Chang Hong is capitalized at NT$3 billion (US$100 million), with registered paid-in capitalization of NT$1.7 billion (US$56.7 million), and accumulated investment is over NT$1.4 billion (US$46.7 million), Chen says. 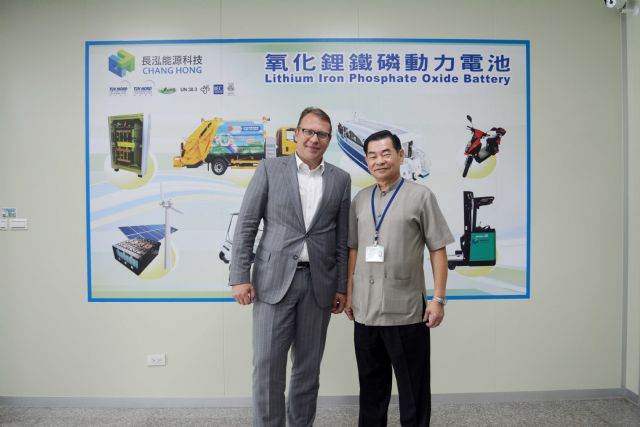 Constrained by its particle density nature, the weight difference between LFPO and Li(Ni-Mo-Co) based Li-ion batteries has always been a source of concern. Chang Hong therefore developed a 50Ah prismatic battery composed of individual cells, resulting in a battery that is 20% lighter and 30% smaller than same-capacity 18650 counterparts, which use 45 cylindrical cells connected in parallel. Lesser soldering points in between cells also guarantee a more stable current flow, Chen explains. 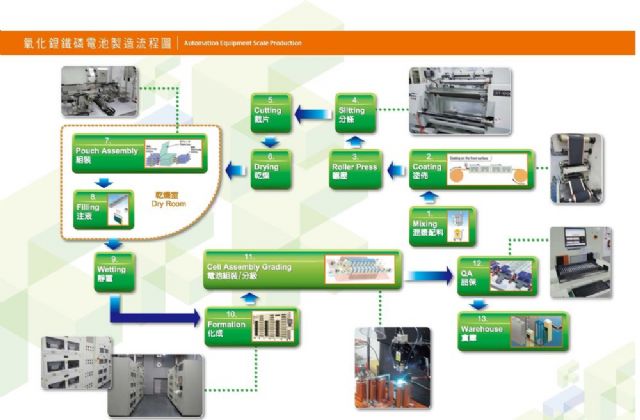 Chang Hong's CTSP cell factory currently has 155 employees and an initial monthly production capacity of 500,000Ah. The company expects to gradually expand the plant's monthly capacity to 2.5 million Ah in a few years, while the maximum capacity at the existing facility will be four million Ah, Chen says. Chang Hong is optimistic about future demand and has set aside a a large site at its CTSP campus for future expansions. 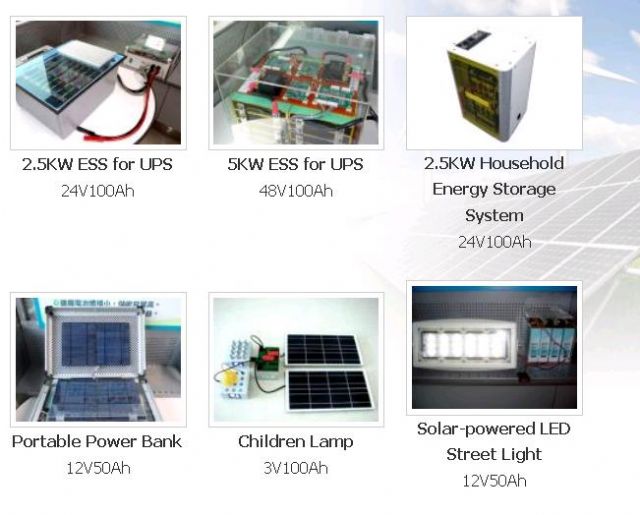 The firm achieved many successes before debuting the advanced cells in the global market. In the past few years, for example, a 10kWh BEV powered by Chang Hong's cells was successfully launched; several 60kWh e-boats successfully entered into commercial operation at the Shimen Dam in Taiwan; the first electric-compressor garbage truck was put into operation in New Taipei City. Chang Hong also developed the first extended range electric vehicle (EREV) in Taiwan in cooperation with the Metal Industries Research & Development Centre (MIRDC). 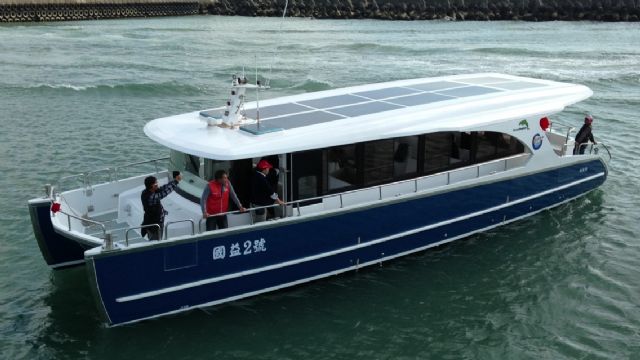 An e-boat in commercial operation is powered by Chang Hong's cells. (Photo from Chang Hong).

"We are very proud that all the e-boats commercially operated in Taiwan are powered by Chang Hong's LFPO cells," Chen says. "We have also supplied many cells for military applications. In conjunction with the expanding production capacity at our CTSP cell factory, we are targeting other segments, especially various kinds of electric transportation vehicles such as BEVs, PHEVs and e-buses."