Driven mainly by sales increase of imported cars again, overall new-car sales in Taiwan climbed 6.6% year-on-year (YoY) in October to 34,327 units, but down 1.2% from 34,746 units in the previous month, according to statistics compiled by Taiwan's Ministry of Transportation and Communications (MOTC). 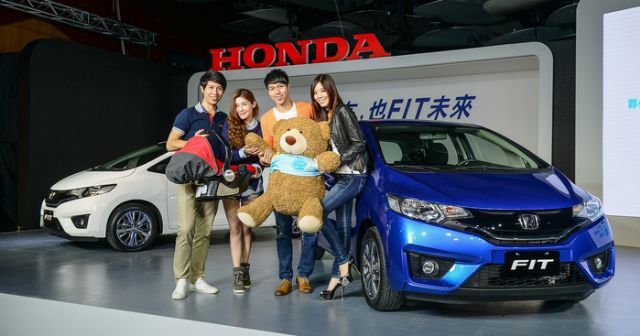 The top-two import brands in Taiwan, Mercedes-Benz and BMW, retained YoY sales increases of 4.0% and 22.9%, respectively, in October; while Volkswagen (VW) saw 82.5% YoY sales increase in the month due to inventory clearance. The German automaker has set up a fully owned Taiwanese subsidiary to start up early 2015, and the  current distributor is clearing  inventory by providing incentives.

Many auto vendors forecast slowing Q4 new-car sales due to the uncertainties from the combined political elections in year-end, with most believing overall new-car sales in Taiwan to hit a nine-year high exceeding 410,000 units in 2014.

Driven by launch of the New Honda Fit subcompact, Honda Taiwan Motor Co. sold 2,451 new cars, up 33.6% YoY to take market share of 9.5% to return to the No. 4. Ford Lio Ho Motor Co.'s (Ford brand) October sales fell 19.1% YoY due to shortage of some models will  shift from local production to importing.