Autonomous Vehicles to be 25% of Passenger Vehicles in Mature Markets by 2030: Gartner

According to announcements by international automakers, tier-1 parts suppliers, and even Google Inc., self-driving and autonomous vehicles, in particular, are much closer to reality than most people and businesses realize. 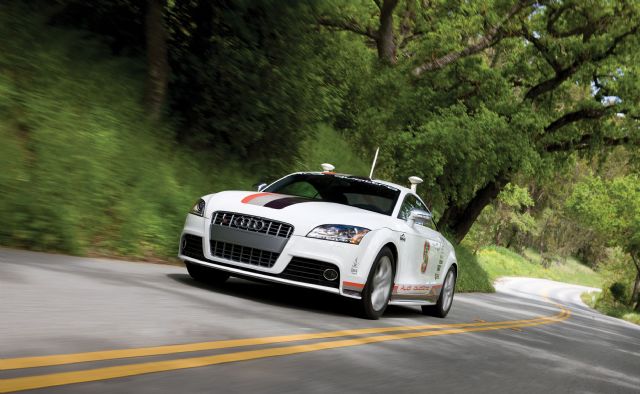 Many global automakers and tier-1s have been aggressively developing autonomous cars, which Gartner predicts will account for about 25% of the passenger vehicle population in use in mature markets by 2030. (photo from Internet)

According to Gartner Inc., an information technology research and advisory company, over the next six years, auto-aware vehicles will emerge first that are increasingly able to autonomously sense, interpret, decide, act and communicate with other automobiles, infrastructures, businesses, people and organizations. As this self-awareness matures into the next decade, vehicles will become progressively smarter and autonomous to cause the most fundamental change in transportation, mobility and society.

"At the core of this change is not just the accumulation of hardware, software and data communication technologies," said Thilo Koslowski, vice president and analyst at Gartner. "Gartner's Maverick research finds that the real impact of self-driving vehicles is the disruption of existing personal and societal beliefs and the reorganization of established business assumptions in many industries, self-driving vehicles to  enable radically new digital business opportunities, such as personal couriers using  consumer's driverless vehicle to transport packages between two businesses." 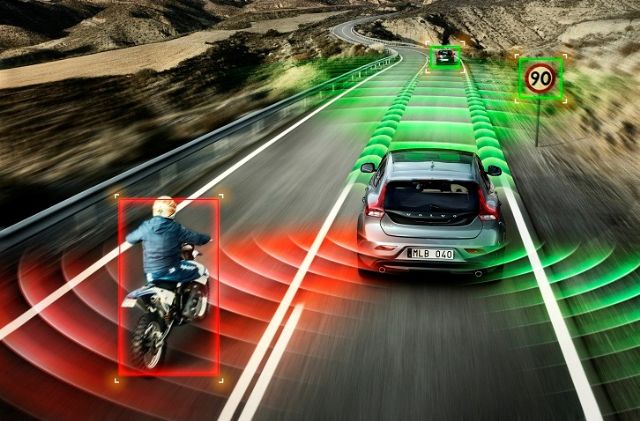 A self-driving car with multi-domain sensing and detecting capability. (photo from Internet)

"The benefits of self-driving vehicles for individuals and the automotive industry are significant, and range from accident avoidance, to optimized energy and traffic utilization, to improved emission compliance," said Koslowski. "It is critical to note that all of these benefits can be realized at meaningful levels even only with the realization of the first stage of sophistication for self-driving vehicles: automated vehicles. However, only autonomous and driverless vehicles can achieve the fundamental disruption at the societal and business levels that will permanently impact beliefs and replace existing business assumptions with new ones."

Challenges
Autonomous and driverless vehicles still have many obstacles to overcome before they meet all consumer, industry and legal requirements, Gartner said, but despite such challenges, the societal benefits from autonomous vehicles could outweigh potential disadvantages and concerns. Furthermore, the potential of fundamental business disruptions from autonomous and driverless vehicles will motivate industry leaders and newcomers to expand research and development activities, and to dramatically advance the progress of the technologies over the next two decades. 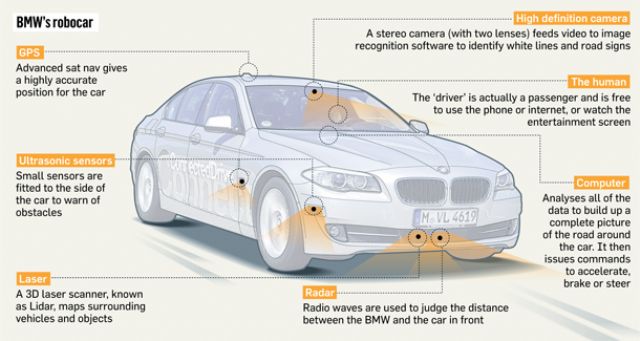 Sub-systems on a BMW autonomous prototype. (photo from Internet)

"The evolution of the self-driving vehicle from automated to autonomous vehicle is already underway, and significant investments are being made by  companies and the entire automotive industry to accelerate the pace of innovation and do actual prototyping on public roads," said Koslowski. "We predict that by 2016, three companies will have announced concrete plans for upcoming automobile launches that will offer autonomous vehicle technology."

By 2025, vehicle-to-vehicle (V2V) and vehicle-to-infrastructure (V2I) communication will be available in approximately 30% of passenger vehicles in use in mature markets, which will increase the reliability and accelerate the rollout of autonomous vehicles. By 2030, Gartner predicts, autonomous-driving vehicles will represent approximately 25% of the passenger vehicle population in use in mature markets.