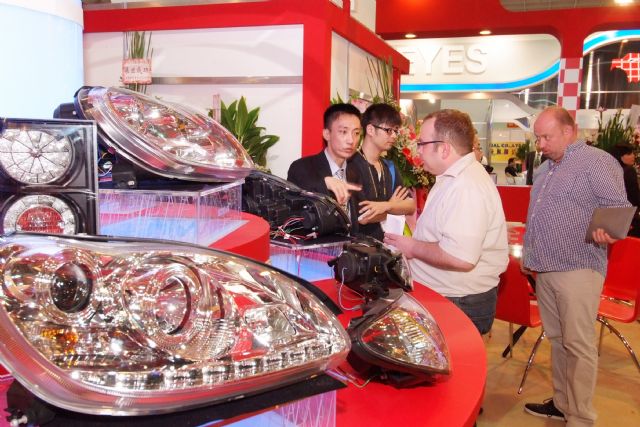 Auto parts made in Taiwan are very competitive globally.

Industry sources say Q4 is the traditional peak season especially for aftermarket (AM) auto parts, whose Taiwan-made kinds have gained competitiveness due to the recent depreciation of the New Taiwan dollar against the U.S. greenback; while the growth in the U.S., the world's largest market for AM replacement parts, and China, the world's largest automobile market by sales volume, also boost Taiwanese suppliers' shipments.

Tong Yang Industrial Co., Ltd., a leading auto-parts maker in Taiwan and maker of AM plastic body-parts, had consolidated revenue of NT$1.82 billion (US$60.7 million) in October, up 6% year-on-year (YoY), with accumulated January-October revenue of NT$17.42 billion (US$580.6 million), a 9% YoY increase. Both figures are record highs for the periods in company history.

Hota Industrial Manufacturing Co., Ltd., an original equipment (OE) supplier of transmission parts to international vehicle manufacturers, reported consolidated revenue of NT$382 million (US$12.7 million) in October, up 6.11% and a record high for the month, with January-October revenue of NT$3.48 billion (US$116.1 million), up 14.1% YoY and also a periodic record.

Due to start of shipments of parking sensors to General Motors (GM) of the U.S., Tung Thih Electronic Co., Ltd. (TTE), a major OE automotive-electronics supplier to local and international automakers and leading international parking-sensor supplier, had consolidated revenue of NT$451 million (US$15 million) in October, up about 8% YoY and the second-highest record for the period in company history; as well as first-10-month revenue of NT$4.15 billion (US$138.5 million), up 11.7% YoY and a new record high.

Some industry sources say new-car sales in Taiwan are expected to hit a nine-year high in 2014 to outstrip 420,000 units, resulting in higher demand for OE auto parts. Most major auto-parts makers in Taiwan are focusing on both OE and AM parts  production and sales, and are expected to continue hitting record revenue and earning records this year.