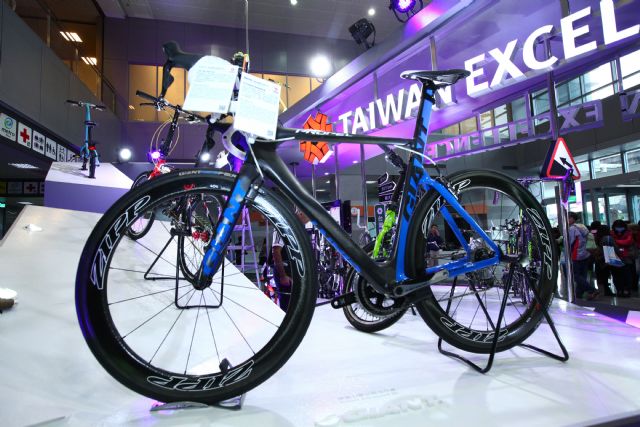 With persistently strong market demand for bicycles worldwide, Merida confirms its capacities at home and overseas remain fully-loaded with export orders in Q4, mostly for mid-to-high-end bikes, with deferred shipment of around 10,000 bikes in November to  December, hence institutional investors' belief the company to  likely see stronger performance in December than in November.

Ideal's phenomenal performance in November was attributable mainly to EU's cancelation of an antidumping penalty imposed on its factory in Dongguan City in China's southeastern province of Guangdong, to have helped the factory to land ever more orders, including those diverted by customers from other makers penalized for antidumping.

Downstream parts suppliers have fared well as result. A major beneficiary is KMC Chain Industrial Co., Ltd., supplier of bicycle and motorcycle chains in Taiwan and with production in Southeast Asia.

Institutional investors note the chain maker's brisk revenue growth is due to strong sales of higher-end bicycles by customers. And chains for high-end bicycles have steadily increased to account for over 75% of output at KMC's factory in Taiwan.

The firm is expected to maintain  growth momentum throughout  early 2015, primarily due to  seasonal peak in the bike repair and maintenance sector in the U.S. and Europe. (SC)