Cheng Shin plans to construct a big plant at the site in stages, the first of which expected to be completed in March 2016, with the plant's targeted maximum daily capacity to be 40,000 motorcycle tires and 16,000 passenger car radial (PCR) tires, the company said.

The Indonesian plant will be Cheng Shin's third plant complex in ASEAN, besides those in  Thailand and Vietnam. The tire maker said  products from the new factory will initially be sold on the local and international replacement aftermarkets, with future target markets to include the Indonesian original equipment (OE) market.

Cheng Shin said it will immediately apply to the Indonesian government for environment and plant-construction licenses after signing the land purchase agreement, aiming to start construction  as early as March this year. 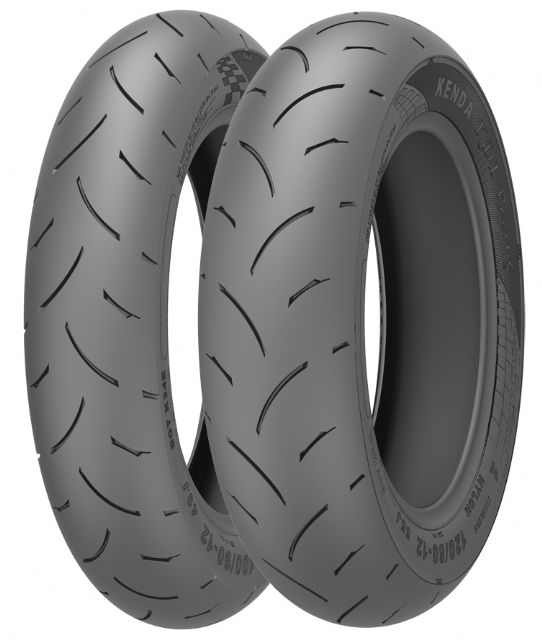 Tires made by Kenda, which is scheduled to soon start mass production of motorcycle and bicycle tires at its Indonesian factory in June or July 2015. (photo from Kenda)
Optimistic about growth potential of the tire market in Indonesia, another Taiwanese tire maker Kenda has also decided to set up a factory there. A subsidiary in Indonesia is to be set up with registered capital of US$30 million, with the maker to invest about US$100 million into plant construction.

In the target market, Kenda plans to lease a plant in Serang, Bentan Province of Indonesia, and install new production lines to streamline start-up.  As early as June or July this year, Kenda said, the plant will kick off mass production of motorcycle and bicycle tires, with targeted maximum daily  capacity to include 35,000 to 40,000 motorcycle tires and 50,000 to 60,000 bicycle tires, similar to that at Kenda's factory in Shenzhen, Guangdong Province of China.

Kenda is also scheduled to start constructing a PCR tire factory in Indonesia in March, with start-up of mass production in early 2016 and  targeted maximum daily capacity of about 25,000 units.