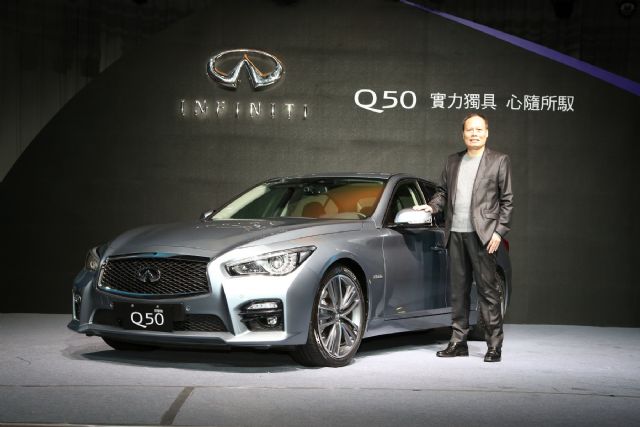 Tsai Wen-rong, president of Yulon Nissan, agent in Taiwan of Nissan and Infiniti and 2014's No.2 auto vendor in Taiwan by sales volume. (photo from UDN)

Tsai Wen-rong, president of Yulon Nissan Motor Co., agent in Taiwan of Nissan and Infiniti and 2014's No.2 auto vendor in Taiwan by sales volume, recently announced the advanced launch of its Taiwan-assembled Nissan X-Trail sport utility vehicle (SUV) in May, a quarter earlier than the original schedule. The new SUV, according to Tsai, is expected generate monthly sales of about 1,000 units, as well as fill the extended vacancy in its SUV line.

With the new X-Trail as part of Yulon Nissan's  lineup, Tsai said, total monthly sales volume is expected to remain over 4,000 units, to be made up of sales of about 1,000 units each of the X-Trail SUV, Sentra sedan, Tiida sub-compact sedan and Livina crossover.

Tsai justified his stance for rising new car sales in Taiwan by citing several favorable factors,  including lower fuel prices, relatively steady  domestic economic performance, and emerging 10-year replacement cycle with the average vehicle age in Taiwan being older than 12 years. New-car demand in Taiwan has been rising, he said, and this year's is expected to exceed that of 2014.

Yulon Nissan sold 47,700 new cars in Taiwan in 2014, an 8.5 percent increase from the previous year to set a new annual high since 2008, retaining its No. 2 position in the domestic automobile market.