The global automotive industry has been undergoing rapid changes in recent yeas with major technological advancements in areas including powertrains, alternative fuel, lighter weight vehicle-frame materials, and the increasing adoption of onboard telematics systems.

Berg Insight AB, which offers premier business intelligence to the telecom industry, recently announced that almost 12% of all cars sold worldwide in 2013 were equipped with an OEM embedded telematics system. North America is the most advanced market with an attach rate of around 30%. Other developed markets such as Europe, Japan and South Korea currently have attach rates of 11% to 12%. China, which has been the world's largest market for new car sales since 2010, is now also becoming a major market for telematics services with an attach rate of nearly 6% in 2013. In other regions, the attach rate is only 1% to 2%.

Regarding vehicle makes and models, General Motors (GM) of the U.S. and BMW of Germany are the leading adopters of embedded telematics, widely offering the technology as a standard feature. GM has been the leading provider of telematics for more than a decade, offering the technology as an integral part of its value proposition in North America and China. Other major car brands offering embedded telematics on a broad scale include Hyundai, PSA, Toyota, Renault and Volvo.

Berg Insight estimates that total shipments of embedded car OEM telematics systems reached 8.4 million units worldwide in 2013. Growing at a compound annual growth rate (CAGR) of 30.6%, the shipments are expected to reach 54.5 million units in 2020. The number of telematics subscribers using embedded systems is forecasted to grow at a compound annual growth rate of 38.1% from 16.6 million subscribers in 2013 to 158.9 million in 2020. However, by 2020 many users will only have access to safety services such as eCall. Berg Insight forecasts that the number of active subscribers using at least one additional premium telematics service will grow to about 112 million worldwide at the end of 2020. 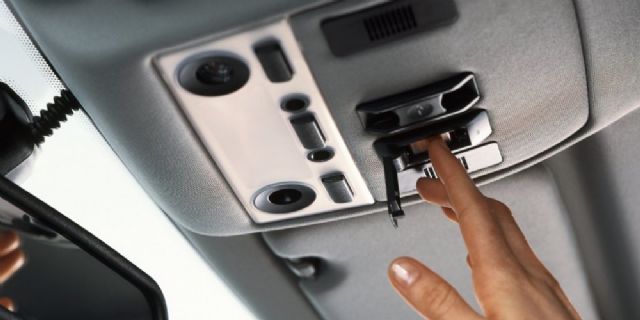 The call can be triggered manually by the vehicle occupants, or automatically when sensors of the airbag detect a collision. As well as establishing a voice connection between the vehicle occupants and emergency operator, eCall sends vital data such as the current GPS location coordinates, incident time and vehicle description in the EU standardized minimum set of data (MSD) format.

By providing this key data automatically, eCall makes it easier for emergency services to respond to potentially life threatening situations and arrive on the scene much faster. When the EU carried out a study into the potential benefits of eCall, it concluded that emergency response times could be reduced by as much as 50%. It is estimated that, if the system was implemented as standard in all vehicles, 2,500 lives could be saved across Europe every year and overall severity of injuries will be reduced by 15%.

eCall is expected to be fitted as a standard in all new cars sold in the EU starting form 2013 with a introduction scenario until 2015. As the service is rolled out, European drivers will find that it works in all EU nations so that it can help them even if they are involved in an accident while driving in another country.