Some Positive Results Posted by Taiex-listed Auto-parts Makers for Jan.-Feb.

Tong Yang Industrial Co., Ltd., a Taiwanese auto-parts maker in Taiwan and maker of aftermarket (AM) plastic body-parts, had consolidated revenue of NT$1.65 billion (US$55 million) in February, up 5.6 percent from the same period of last year, or year-on-year (YoY), with sales increase in both AM and original equipment (OE) parts. In the first two months, the firm registered cumulative revenue of NT$3.51 billion (US$117 million), up 6.2 percent YoY, with both the above figures being record highs in company history. 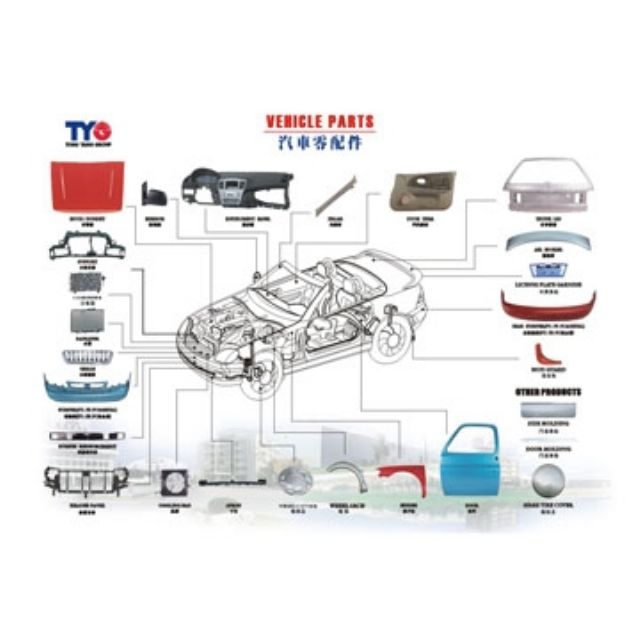 Tong Yang is a major global supplier of AM automotive body parts based in Taiwan. (photo from Tong Yang)

With the revenue contribution from Varroc TYC, however, TYC's profitability is totally unaffected, albeit not sparing the Taiwan-based maker from questions related to its operation efficiency, because the Chinese subsidiary looks set to continue to delivering return on investment for the parent firm.

The two major Taiwanese tire manufacturers, Cheng Shin Rubber Ind. Co. Ltd. and Kenda Rubber Ind. Co., Ltd., however, both reported revenue drops in February due to less workdays in the month. Cheng Shin had February revenue of NT$7.54 billion (US$251.2 million), down 21.63 percent YoY, with Kenda's being NT$1.86 billion (US$61.9 million), a 13.5 percent YoY decrease.

Cheng Shin said that its tire shipments to China, Vietnam etc. saw decrease due to the Chinese New Year holidays, but are expected to soon  recover due to the coming of the traditional high season, the second quarter. Kenda pointed out that the lesser workdays and the partial shutdown of west coast ports in the U.S. (due to labor strike) affected its shipments in February.