MIFF 2015 Rounds Off with US$865 M. in On-Site Orders amid Growth Slowdown of Emerging Economies

Over 18,000 buyers and visitors were present to drive business opportunities at the venue

Despite IMF (International Monetary Fund)'s latest report on global economic growth forecasts casting shadow to outlooks in emerging markets, which shows the overall GDP growth rate in emerging countries, including China, Brazil and Russia, to slow to 4.3% and 4.7% in 2015 and 2016, respectively, the Malaysian International Furniture Fair (MIFF) 2015, reportedly the Southeast Asia's biggest furniture trade fair by size and wrapped up on March 7, still saw around US$865 million of on-spot orders generated during its five-day run beginning on March 3. 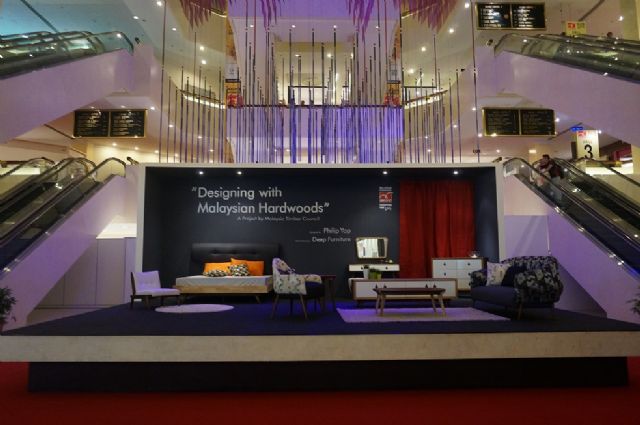 Organized by UBM Malaysia, this year's MIFF kicked off the furniture buying season in Asia by gathering 508 exhibitors from 15 countries at the Putra World Trade Centre and Malaysian Exhibition and Convention Centre, with 10% or so of which being first-time exhibitors.

The upbeat mood and busy networking in the trading halls were buoyed by quality buyers and the strong presence of first-time buyers making up a third of around 18,000 attendees from 130 countries and regions.

Last year, the show, renowned as a quality and value-priced market place with extensive exhibits relating to furniture, recorded US$892 million orders with nearly 20,000 buyers and visitors from141 countries and regions.

According to the organizer, buyer traffic to MIFF 2015 was relatively steady from the following regions: North America, Middle East, Australasia, South Asia, Southeast Asia, East Asia and Latin America, except Europe and Africa, from which buyers decreased in number, especially those from Russia, Ukraine and the Ebola-stricken West African states. 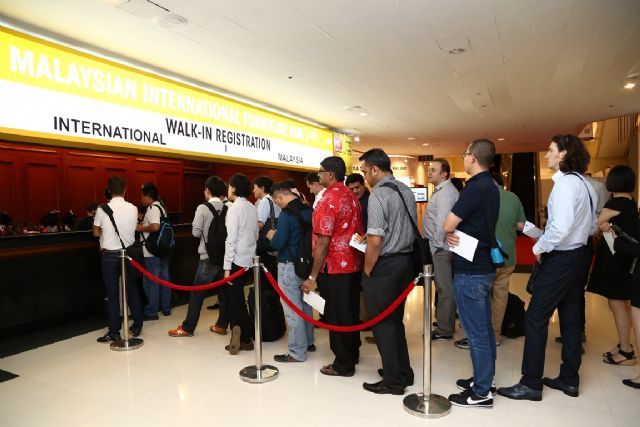 Over 18,000 professional buyers and visitors from 130 countries and regions were present at the show. (photo courtesy of UBM Malaysia)

Despite concerns over the surging US dollar and slump in crude oil prices, exhibitors were generally upbeat and satisfied with this year's MIFF, as high quality buyers continued to dictate orders and first-time attendees drove new business.

As reported by the organizer, Tey Lay Hui, managing director of Malaysia's Home Best, who secured higher sales than last year, said: “Buyers from over 50 countries visited us and over 80% were new customers. We also had quite good response from our regulars as well although some were unable to come due to budget reasons. In fact, our sales was better than 2014, we sold a lot to buyers from US and smaller countries of Africa and South America. We have already booked our space for MIFF 2016.”

A delighted Shunde Furniture Association from China, which brought over 20 exhibitors to MIFF for the first time and sealed 50% of deals on the opening day of the show, announced “all of them received great response and they definitely will come back again next year.”

Praising the diversity of global buyers at MIFF, South Korea's Hansung School Furniture representative Weon Ki Yun said the company expanded from two to four booths this year, adding: “MIFF is an amazing experience and the most important for me because it has been so easy to find the right buyers from Africa, Middle East, India and Southeast Asian countries. We are so satisfied.”

Also in optimistic mood, Eric Lee, managing director of Malaysian local soft furnishings and custom-designed furniture company, Deep Living, said the company wanted to secure exhibition space after enjoying a “very good” debut in MIFF, saying, “There were a lot of foreign buyers and enquiries. MIFF is the most established Malaysian furniture export organiser with more than 20 years of history, so obviously it is the first choice for us to get into the export market.”

Ms Karen Goi, MIFF General Manager, said: “It was really encouraging to see the high diversity and quality of international buyers despite the challenging global economic climate. Clearly, MIFF has again demonstrated its resilience and relevance as an effective global furniture platform and the top industry event in Southeast Asia. We've already received re-bookings for next year's show.” 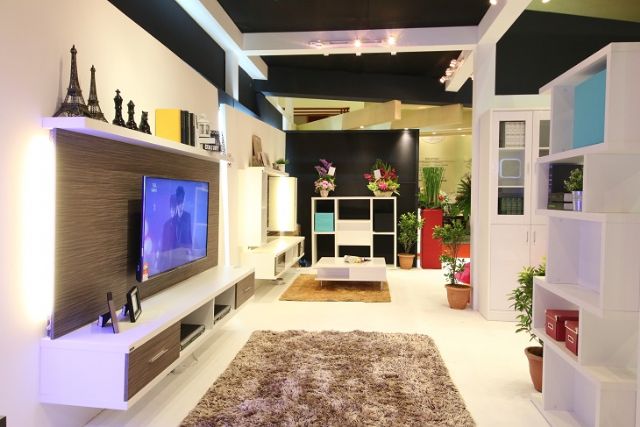 The following sums up buyers' comments reported by the organizer on this year's MIFF.

Joe Falcone (Coast to Coast Furnishings Ltd, Canada): “I've been coming to MIFF for the last 10 years because Malaysia produces pretty good quality for the price. We come to Malaysia to shop for bedroom sets, tables and chairs for households. We have very good suppliers here and when we find good ones, we tend to stick with them. MIFF is improving every year.”

James and Anne Tougher (Furniture Options, Ireland): “This is our first time in Kuala Lumpur and at MIFF. It's been lovely. Malaysia has a better selection and I would say Malaysian people are hospitable and friendly. It's better layered and organised. Yes, we plan to come back next year because it seems more Western here and we're looking for living room and bedroom furniture.”

Peter Schenscher (Radio Rentals, Australia): “I am a buyer for a company called Radio Rentals with 30 to 40 shops in Australia. I have been coming here for eight years now. There are always new products and we can get an idea of what's changing. We've got some great deals. Malaysian manufacturers produce very good quality products which you don't really get in other areas of Asia, and the thing is, they know what is happening in the industry as well, which is terrific.”

Next year's MIFF is set from Mar 1- 5 at the same venues.