With even erstwhile skeptics now seriously considering the various ominous predictions regarding greenhouse gas emissions' part in global warming and man's role in exacerbating such phenomenon with potentially disastrous consequences as drastic weather and flooding of areas near sea level, and as electric vehicles, with high-profile examples being Tesla and Nissan Leaf, gradually gaining credibility as practical commuting alternatives to gasoline-powered vehicles, some industry analysts are looking at the growth and potential for rising adoption of electric commercial vehicles, whose sales volume still lag far behind those of passenger cars but actually have significant impact on ecology due to their much bigger engines, higher fuel consumption and exhaust volume.

Incentive to Go e-Vehicle
Most larger commercial, industrial vehicles as 18-wheelers and even delivery trucks typically burn diesel for cost-efficiency. "Diesel exhaust is a complex mixture of thousands of gases and fine particles (commonly known as soot) that contains more than 40 toxic air contaminants. These include many known or suspected cancer-causing substances, such as benzene, arsenic and formaldehyde. It also contains other harmful pollutants, including nitrogen oxides (a component of urban smog)," according to a fact sheet by the Cal/EPA's Office of Environmental Health Hazard Assessment and the American Lung Association. Such revealing study only adds more incentive for vehicle makers and eco-aware politicians to promote shifting from traditional fuels to electricity.

A recent report from Navigant Research analyzes the global market for commercial vehicles that use electric drive vehicle technology, including global market forecasts for sales and the number of vehicles in use through 2023, with the report forecasting sales of electric trucks and buses to total more than 805,000 units between 2014 and 2023.

Although medium- and heavy-duty vehicles represent just a fraction of all vehicles on roadways today, the research firm says they contribute significantly to road transportation sector fuel consumption and carbon emissions. However, electric vehicles—with improved fuel efficiency, technological advances, and being alternative to gasoline and diesel fuels—are beginning to make inroads in this segment as commercial and government fleet operators consider investing in greener vehicles. 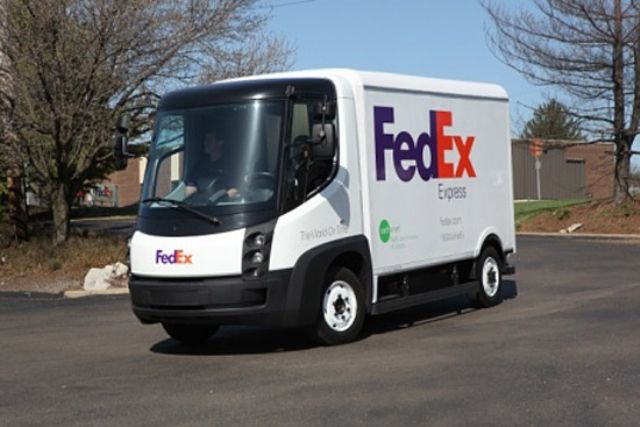 Navigant Research forecasts sales of e-trucks and buses could exceed 805,000 between 2014 and 2023. (photo from Internet)

“Recent innovation in the electric drive medium/heavy duty segment has the possibility to offer significant benefits for commercial applications,” says David Alexander, senior research analyst with Navigant Research. “For example, some hybrid electric vehicles have drive cycles specifically designed for stop-start traffic, and many plug-in electric vehicles can use onboard electrical energy to replace idling diesel engines or provide temporary power to buildings or tools at remote sites.”

Despite these advances, most fleet managers are shortsighted to be more concerned with return-on-investment than with technology to target a payback term of less than three years, according to the report. While incentives can help to lower initial investment, managers look at the overall cost of running a fleet for multiple years, considering the effect of introducing new technology on the fleet as a whole and not just replacing a single vehicle with a different one.

Charging Revenue Up Too
Alongside the increasing sales of electric cars, EV charging service revenue is also rising, though the interoperability issues still remains a key barrier to today's commercial charging market. 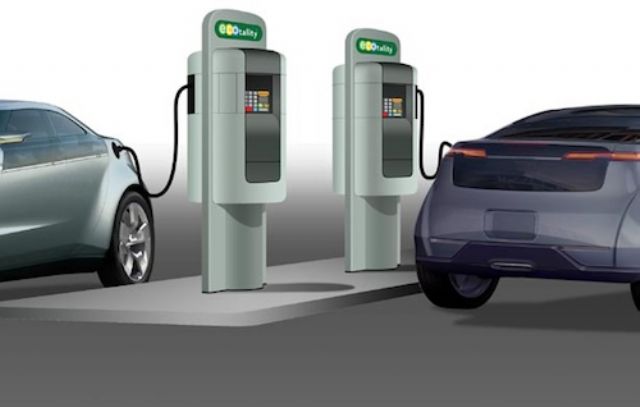 Navigant Research says worldwide revenue from EV charging services is expected to total US$11.3 billion between 2014 and 2023. (photo from Internet)

Another report from Navigant Research analyzes the global market for plug-in electric vehicle (PEV) charging equipment sales and charging services that was released recently. While growth in the residential segment of the PEV charging market tends to grow alongside PEV sales, the commercial segment depends more on workable business models and, in some regions, government policy. These differences aside, revenue in both segments is expected to increase in the coming years as the industry for electric vehicle supply equipment (EVSE) continues to evolve.

According to Navigant Research, worldwide revenue from electric vehicle charging services is expected to total US$11.3 billion between 2014 and 2023.

“The residential charging market is entering a phase where chargers are simply a commodity, with a focus on bringing down the price,” says Lisa Jerram, principal research analyst with Navigant Research. “Meanwhile, the commercial charging market is in a state of flux, experimenting with different business models, including free charging to draw customers, fees for usage, and using advertising, hoping to find the most viable options for long-term growth.”

A key barrier preventing further growth in the commercial charging market is a lack of interoperability, from the inability of stations to connect with each other across multiple networks to the challenge of paying for network access, according to the report. Though the EVSE industry has made efforts to resolve interoperability issues by adopting open standards, the issue remains important, as it allows equipment to be centrally managed regardless of hardware and charging station information to be aggregated and shared with drivers regardless of software and systems.

Vehicle-Grid Integration
Another issue related to the development of the global EV market is vehicle-grid integration (VGI) services, whose revenue, according to Navigant Research, is expected to total US$68 million from 2015 to 2024; while energy aggregators and major fleets are expected to be the initial market entrants, the research firm says. 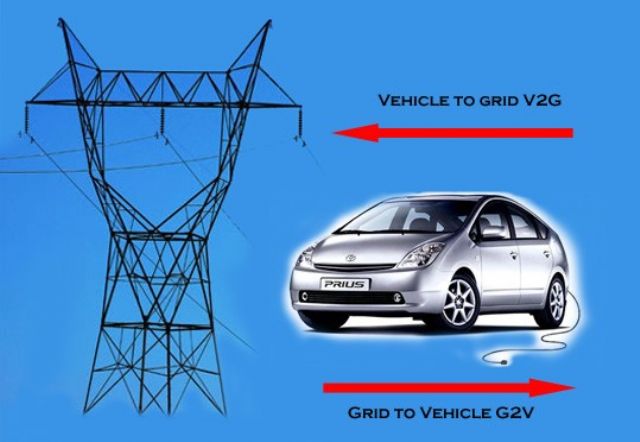 Revenue from vehicle-grid integration (VGI) services, according to Navigant Research, is expected to total US$68 million from 2015 to 2024. (photo from Internet)

By participating in grid-balancing services, such as frequency regulation or demand response, PEVs can accrue revenue and increase return-on- investment of vehicle to owner. However, these vehicles also incur a significant increase in electricity demand that, if unmanaged, could cause problems with distribution-level transformers and drastically increase demand during peak hours, Navigant Research says.

“Now that the market for PEVs has begun to solidify, with global sales surpassing 320,000 units in 2014, pilot testing VGI technologies are emerging with greater frequency,” says Scott Shepard, research analyst with Navigant Research. “This is a key development for the VGI market because PEVs represent an increase in load that could be used to capture renewable electricity generation and help balance generation with demand, theoretically making electricity marginally cheaper and cleaner.”

The initial entrants to near-term markets for VGI are expected to be energy aggregators and major fleets, according to the report. Aggregators will include VGI-enabled fleets within energy generation portfolios to access markets with the highest returns, generating the capital necessary to locate and make available significant power, Navigant Research said.