New-car Sales in Taiwan Drops 6.1% YoY in May

A total of 34,478 new cars were sold in Taiwan during May, down 6.1 percent year-on-year (YoY) and a minor 0.5 percent month-on-month (MoM) drop, according to statistics compiled by the Ministry of Transportation and Communications (MOTC). Industry experts attribute such drops to May being the month when taxes are filed and paid, hence leaving consumers busy with the annual task and the perception of having less disposable cash to result in sales declines of most locally assembled cars (except Honda Taiwan and Mitsubishi), despite luxury imports still showing clear volume growths.

Fierce competition remained unabated among the import segment, especially between the two German brands of Mercedes-Benz and BMW. By launching an increasing number of models in Taiwan, the marque known for its kidney-shaped grill achieved sales volume nearing the long-term leader with the coveted tri-star badge in recent months. In May, 1,742 Mercedes were licensed, compared to 1,715 BMWs.

Sagging Purchase Willingness
Veteran automotive market observers point to sagging willingness to buy new cars over the past few months in Taiwan compared to that in 2014, despite all local auto vendors dealers have been investing more and more resources into marketing campaigns. The observers, however, do not offer reasons for such downturn in willingness. It is certainly possible that the recently reported slowdown in Taiwan's exports and signal of downturn in economic activity play a role.

To maintain or try to elevate market-share performance, some auto vendors might try to increase sales volumes by pre-licensing some new cars to resell them as "new secondhand models" at discount to consumers. However, market observers say that such measure, quite common among vendors, might result in a malicious cycle especially during market downturns, not to mention sacrificing profit margins, percentage of which can be as important as sales volume. For example, selling one car for a profit of US$1,000 makes more sense than selling three at per-unit profit of US$50 or total profit of US$150.

To evade possible malicious cycle, Hotai Motor Co. Ltd., Taiwan's agent of Toyota and Lexus and the No. 1 auto vendor 14 years in a row by sales volume, despite having carried out a sales competition between distributors, decided to return to normal operations without over pressuring distributors. Hotai's major rivals, in the wake of relaxed sales campaigns by Hotai, also eased off high-pressure tactics that aimed to raise sales. As a result, industry insiders say the sales volumes of locally-assembled makes and models dropped.

Yulon Nissan Motor Co., agent of Nissan and Infiniti, gained back its No. 2 position in May from affiliated China Motor Corp. (local assembler and agent of Mitsubishis), thanks to hot sales of the locally assembled new Nissan X-Trail sport utility vehicle (SUV). In May, Yulon Nissan sold 3,825 new cars, down 5.9% YoY but up 22.0% MoM, translating into market share of 11.1% (9.0% in previous month).

Honda Taiwan Motor Co. saw sales drop in April but enjoyed both YoY and MoM sales growth in May by shipping 2,107 new cars: 8.0% and 0.4%, respectively. The company adjusted the prices and version mixture of Honda City sub-compact, leading to obvious volume increase.

Ford Lio Ho Motor Co., the local subsidiary of American automaker Ford, ranked No. 5 in May, better than No. 7 in April, but saw 10.9% YoY and 1.1% MoM sales drops by selling 1,803 units. Ford gained back its No. 5 position, according to market observers, thanks mainly to the freighter-ship schedules of imported luxury brands Mercedes-Benz and BMW, which are expected to enjoy clear volume increase after their new models arrive soon.

Overall
May was the second month to show YoY sales drop in this year's Taiwanese new-car market, and the sales downturn brought a surprise, because May is the kick-off month for all major nameplates' distributor sales contests. However, some industry experts said, Taiwan's overall new-car sales hit a nine-year high of more than 420,000 units in 2014, while auto vendors in the mature market with a normal annual volume of 400,000-around units should not pursue only volume growth blindly.

Imports Continue to Increase
One of the major changes in Taiwanese automobile market in recent years has been the rapidly upgrading market share owned by imported cars, which has been close to 40% in this year, the highest for a long period, comparing to less than 20% in the most time of the past decade. 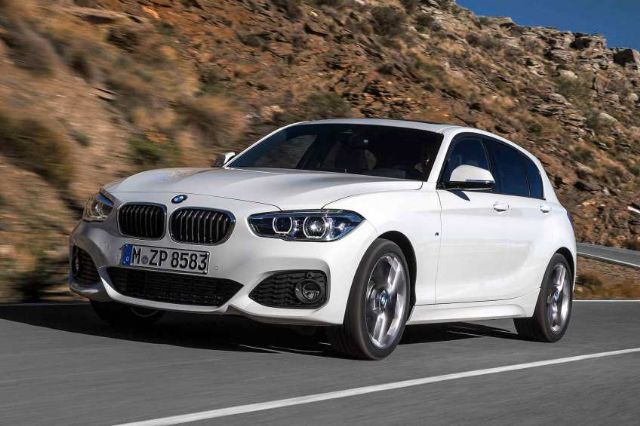 Solid sales of entry-level BMWs in Taiwan are helping the German marque to close the gap with its arch-rival Mercedes-Benz, long-term leader of imports on the island.

In May, 12,479 imported cars were sold in Taiwan, a 11.3% YoY increase, though the overall market slide 6.1%; while in the first five months, a total of 62,790 imported models were licensed, a 18.2% YoY increase, comparing to the only 3.3% growth in overall market. Market-share changes are happening between locally made and imported makes and models in Taiwan, and which have led to halted local production of many medium-size sedans.

Toyota/Lexus (agent Hotai) defeated long-term top-two Mercedes-Benz and BMW to win the No.1 in May by selling 1,849 imported cars, making the twin-born brands the only imported nameplates enjoying MoM sales growth. Major growth momentum was the hot sales of imported Toyota RAV4 SUVs.

There was an extra-fierce sales competition between two imported luxury brands from Germany, Mercedes-Benz and BMW. The former pulled ahead a bit to win the No. 2 position by selling 1,742 units; which were only 27 units more than the No. 3 BMW. Though sales of most Mercedes-Benz models saw MoM volume drop like the overall imported segment; the C-class still maintained about 90% monthly volume, while sales of the M-class was the only model enjoyed MoM volume increase due to Mercedes-Benz Taiwan's sales promotion measure by adding more equipment for the same price. BMW saw sales drop in May, but the brand's 1- and 2-series models enjoyed MoM volume growths, with 155 (Up 2% MoM) and 228 (up 45.2% MoM) units sold, respectively.

Industry experts said that many consumers are waiting for auto vendors' sales-promotions for the traditional Chinese Ghost Month (to overlap with August this year), during which many consumers might halt their major purchase decisions. May is the tax-payment period, they continued to explain, in which many new-car buyers' purchase budgets might be affected, except buyers of luxury imported cars. As a result, imported cars together won a 37% market share in May, not the highest monthly record but showing the necessarily rising trend.