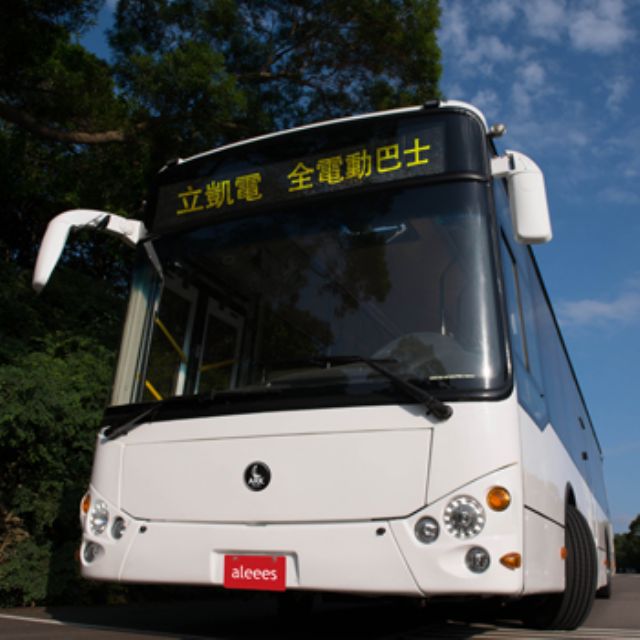 J.W. Wu, president of Aleees, pointed out that if all goes as planned, his company will kick off shipments of the new bimodal-charging e-bus starting early 2016, with some 2,000 to 3,000 units to be expectedly sold annually over the next three to five years.

Aleees, a subsidiary of Advanced Lithium Electrochemistry Co., Ltd. that is principally engaged in the provision of lithium battery cathode materials, has been mainly supplying China's e-bus market. The company said that in 2014 more than 10,000 e-buses were licensed in China, a market that Aleees has entered by in-turn signing cooperation agreements with Chinese partners such as Bonluck Bus Co., Ltd. Aleees handles e-bus design and development, as well as order-taking, while Chinese partners local production of the EVs.

Wu pointed out that serious air pollution in China has been driving demand for e-buses, with smog in major cities as Shanghai and Beijing sometimes thick as fog. The ultimate goal that is also the most marketable feature of Aleees' e-bus solutions is, the president said , the firm's plans to launch e-buses with similar costs as traditional internal combustion engine (ICE) counterparts.

The breakthrough design of Aleees' e-bus is essentially the world's first parallel power supply module, whose many key parts and systems were developed by the firm through international partnerships, which also created the exclusive high-speed battery swapping service. In addition, Aleees said that it is one of the few companies able to supply total e-bus solutions from advanced lithium-ion battery technology, including assembled e-buses and battery-charging solutions.

Advanced Lithium focuses on developing comprehensive solutions for LFP batteries and e-bus, having successfully launched high quality, high price-to-performance ratio and high lifecycle   LFP cathode materials. To date, the firm's cumulative shipment of such cathode material is over 5,000 tons, making it a leading supplier in the business.

Backed by the high performance/cost (C/P) value of Advanced Lithium's LFP-NCO product, the company tied up with Siemens in 2010, and signed a cooperation memorandum of understanding (MOU) with leading lithium-battery brand Sony of Japan in 2014.