In conjunction with the falling fuel prices, and similar to the global market trend, sales of sport utility vehicles (SUVs) in Taiwan have been rapidly increasing to become the fastest-growing model segment on the island in the past year or so. 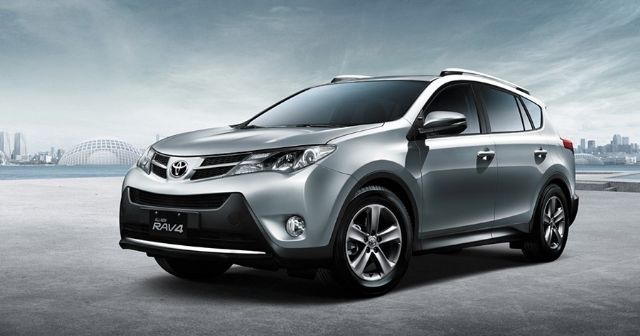 The imported fourth-generation Toyota RAV4 has been the best-selling SUV in Taiwan for more than two years; while the monthly volume is expected to continue rising in the following months. (Photo from UDN)

Almost all major brands' SUV products have enjoyed strong sales gains, but all the Toyota RAV4 has held onto the top spot with sales increasing year by year without any sign of slowing down. The fourth-generation RAV4, however, was launched in Taiwan more than three years ago, but the average monthly sales volume of the single model has been rising, from 1,215 in 2013, to 1,392 in 2014; while in the first half of 2015, the average further rose to 1,483 units.

Industry experts attribute the rise in SUV sales in Taiwan to falling fuel prices, as well as the replacement-purchase demand peak in an about 10-year cycle on the island, making the SUV the only segment in the recent domestic automobile market to see positive volume growth. Auto vendors' data show that sales of new SUVs (excluding luxury SUVs, or LSUVs) in the first six months grew by 7.5% from a year earlier, much higher than the 2.3% growth in the overall market.

The rapidly expanding SUV sales in Taiwan have led to some "legendary" product models, such as the fourth-generation Toyota RAV4 (imported) and Honda CR-V (locally assembled), and the new Nissan X-Trail (locally assembled). For more than two years, monthly sales of the Honda CR-V have been maintaining at the 1,000-unit level; while the new Nissan X-Trail immediately won the championship among all locally assembled SUVs after its launch in May, with monthly delivery volume of more than 1,300 units in May and June.

After the face-lift model with powertrain upgrading arrived the showrooms in April, monthly sales of the LUXGEN U6 ECO HYPER crossover (locally produced by Yulon Group) immediately rebounded to more than 1,000 units, making it the best-selling product under the LUXGEN logo.

Many industry experts attribute the Toyota RAV4's staying power in Taiwan to its affordable price for an imported car model from Japan. However, the brand's image, upgraded equipment, and higher-than-general cost/performance (C/P) value have been consolidating the model's No. 1 position in its segment. The greatest majority of new car models have seen sales drop along with the product cycle. However, the record-high monthly sales of 2,200 units achieved in December 2014, and more than 2,000 units in June, proved that a model launched more than two years ago can still maintain sales momentum. The imported Toyota RAV4 has been a major supporting force to local agent Hotai Motor Co. Ltd.'s position as the top auto-vendor position in Taiwan. The imported model even replaced the locally assembled Toyota Altis sub-compact sedan to be the long-lasting hot-selling model.

Hotai pointed out that the about 2,000 RAV4s sold in June can be deemed as the normal monthly volume for the popular model, as domestic sales of the imported SUV have been limited by Toyota Japan's supply shortage. Hotai said that it expects delivery of 2,200 RAV4s in July, a monthly record.

To extend its lead over major rivals, Hotai has provided a low monthly installment of NT$8,888 (US$300) or three-year, zero-interest loan options to attract buyers. The auto vendor also provides each new-RAV4 buyer a 50-inch 4K LCD TV set, as so to further upgrade sales volume.