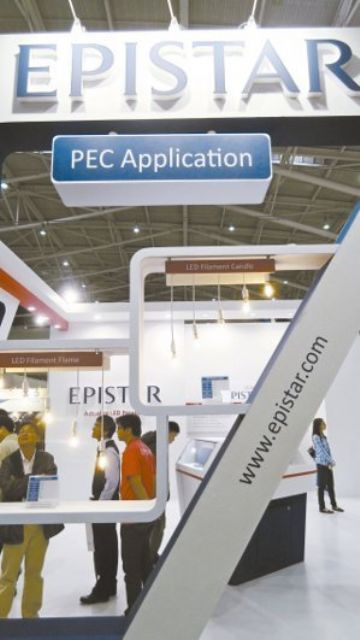 LED chipmaker Epistar cuts more jobs amid sagging business.
In the wake of recent news of layoffs at Google and Microsoft to signal challenging times in the tech sector, LED chip giant Epistar Corp. has recently cut 76 jobs at its factory at the Hsinchu Science Park, northern Taiwan, after deciding in early September to lay off 65 employees at its factory in the Southern Taiwan Science Park.

Its subsidiary, Formosa Epitaxy Inc. (FOREPI), has also decided to sack 39 workers. The number of workers laid off account for around 3% of the workforce at Epistar, recognized as the world's No.1 LED chipmaker.

People knowledgeable about the company's downsizing plan point out that the employees to be laid off at its Hsinchu factory include senior managers.

The administration of the Hsinchu park says since early September Epistar has submitted three times its layoff plans, which reportedly aims to make the company leaner to cope with sagging business.

Epistar has declined to comment on how many employees it will eventually lay off and the seniority of those let go in the latest round of layoffs, but simply stresses that the primary concern behind the layoffs is making the organization leaner rather than paring costs other ways.

The company notes that it has acquired Huga Optotech Inc., FOREPI and TSMC Solid State Lighting Co., Ltd. in recent years, which need to be streamlined to minimize redundancy in organizational structures and functionality.

As part of efficiency-upgrading restructuring, the company is moving back-end processing at all its manufacturing sites islandwide to its factory at the Zhunan campus of the Hsinchu science park. Huga is becoming the company's flagship facility in the central Taiwan park, designed to make 10-plus products on mass scale to generate profit. Its factory III at the Hsinchu park will be streamlined to focus on LEDs composed of four chemical elements, eliminating the need to spend additional money to expand when demand picks up.

The company adds that the layoffs will be conducted based on the evaluation of every employee and its downsizing project at all its manufacturing sites islandwide.

Epistar's factory at the southern Taiwan park began layoffs on Sept. 18 after having reported to the park's administration on Sept. 7, with reportedly vice presidents being the most senior staff having been dismissed.

The company reported loss of NT$0.11 per share in the second quarter due to low production capacity utilization and fierce underselling competition. However, earnings in the previous months still gave the company a profit of NT$0.63 per share throughout the first half of this year.

In the third quarter, the company has failed to see seasonal surge, with revenue of NT$1.92 billion (US$60 million) for August representing a decrease of 9.05% month on month. Throughout the first eight months, the company had total revenue of NT$17.4 billion (US$545.15 million), sinking 11.57% from the same period of last year. Industry executives estimate the company's revenue for September to decrease from August due to downtime for quarterly inventory taking.