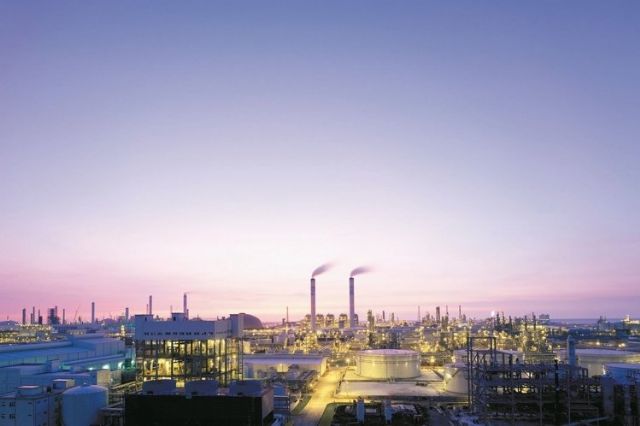 Taiwan-based Formosa Plastics Group, the high-profile conglomerate set up in 1958 that produces petrochemicals and plastics, has kicked off an investment project to set up its fourth ethane cracking complex in Louisiana, the U.S., as part of its objective to raise the proportion of overseas investment to some 80 percent over the next three years from 25 percent as it has maintained in the past.

Executives of the Formosa Petrochemical Corp., one of the group's four flagship firms, including Formosa Plastic Corp., Nan Ya Plastics Corp. and Formosa Chemical & Fibre Corp., confirmed early this year that the new investment plan has been implemented, and that Formosa Petrochemical, the lead firm in the investment valued at US$9.4 billion, has already submitted its application to the authorities of the Louisiana State Government for a preliminary environmental impact assessment (EIA) on constructing the planned ethane cracking complex.

If the investment project successfully passes the EIA by the first half of 2018 as planned, the senior managers of Formosa Petrochemical stated, the firm will begin to construct the complex sometime in 2019, and formally start it up as early as 2022.

The complex will be constructed in two phases, to consist of an ethane cracker with planned annual output of 2.4 million tonnes of ethylene and other plants to produce such ethylene derivatives as ethylene glycol, polyethylene and polyvinyl chloride, all of which will be used to supply both local and overseas markets. To ensure smooth delivery of products from the complex, construction of a nearby port in the state is also part of the project.

Insiders familiar with the investment said that Formosa Petrochemical will have to put up over 30 percent of the said project amount, given that this is the group's first overseas investment led by the firm, with the other three flagship firms to be also involved to construct and operate the plants of ethylene derivatives.

Profit Maker
Responding to gradual changes in the global industry, Formosa Plastics Group's chairman William Wang mentioned earlier that the group has decided to increase its overseas investments in the countries with better manufacturing environments, especially the U.S., China and Vietnam, to secure sustainable growth in the long run. Wang is likely suggesting that the said nations with "better" manufacturing environments tend to offer tax incentives, freer regulations on repatriation of profits, more availability of industrial land and cost competitive fuel. As such, the group's decision to invest US$9.4 billion in setting up its fourth ethane cracking complex in the U.S. makes economic sense despite growing fears about the possibility of the country entering recession as recently reported by news agencies, including CNN and WSJ, which also said such fear is due to Japan adopting negative interest rate, a trend that could occur in the U.S.

Presently, the group operates two ethane crackers, with one under construction in the U.S., all run by its affiliate Formosa Plastics Corp., U.S.A., with annual ethylene output of 1.66 million tonnes. After the third ethane cracker starts up sometime in the first half of 2018, the group's annual ethylene output in the country will surge to 2.87 million tonnes to further drive overall profits.

One clear statistic confirming the enviable profitability of ethylene production in the U.S. is that the group's flagship company Formosa Plastic netted NT$5-6 billion (US$151.51-181.81 million) in return-on-investment from the Formosa Plastics Corp., U.S.A. in each of the past three years, with the former now holding a 22.59 percent stake in the latter. The country's manufacturing environment being friendly to ethylene makers is attributable to price drops of natural gas in the wake of growing output of ethane-rich shale gas.

Institutional investors point out that since Formosa Plastics U.S.A. heavily adopted ethane as a more economical alternative to the original feedstock naphtha to produce ethylene in 2013, Formosa Plastic has seen its annual return on reinvestment in the American company significantly surge to NT$5-6 billion from NT$3-4 billion (US$90.9-121.21 million), hence Formosa Plastics Group's decision to ramp up output of ethylene in the U.S., especially when current price of ethane is still much lower than that of naphtha.

Once the group's fourth ethane cracker operated by Formosa Petrochemical starts up, the group's overall ethylene output in the U.S. will double to 5.26 million tonnes, to outstrip 2.935 million tonnes it produces annually at Taiwan's No.6 Naphtha Cracker Complex, which was developed by the group through land reclamation off the shore of Yulin County, central Taiwan upon approval by the Taiwanese government several decades ago.