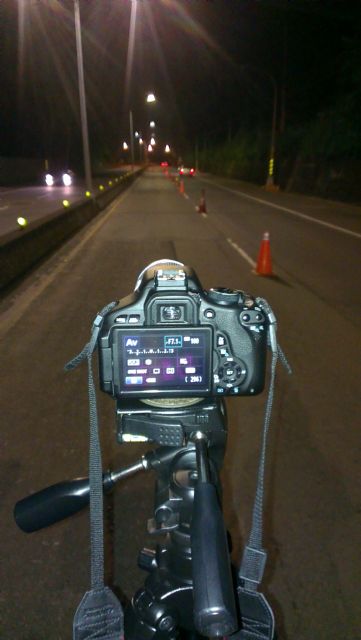 According to the Director General Z.Y. Lin of ITRI's Center for Measurement Standards, which has been involved in the development of the smart streetlight system, points out that the system takes full advantage of domestically developed information-communication technology and wireless sensor network to monitor the system's functionality and automatically adjusts illumination intensity in accordance to changes in daylight and traffic volume.

In addition, one of the key advantages of the smart design is to offer its administrator clear real-time data about its functional status so efficient repair may be carried out in case of malfunction.

Also the smart streetlight provides luminous quality and intensity exceeding those of typical counterparts to be superior to the standards for ordinary streetlights, characteristics that are especially relevant and necessary to illuminating expressways that see faster traffic speed.

The recently installed LED smart streetlighting system on the expressway is also a demonstration to offer field data of such lighting system, whose performance and other real-world characteristics will be used as benchmarks and reference for future plans to install similar systems on the island's other expressways.

The Department of Industrial Technology (DoIT) of the ministry, which oversees ITRI's technology-development projects, estimates the system, when installed throughout the island, will help save around 360 million kilowatt-hours of electricity and reduce around 201,000 metric tons of CO2 emission a year.

To help manufacturers involved in the smart streetlight system project acquire more field data to test the system, ITRI has recently convinced the Directorate General of Highways, the Ministry of Transportation and Communications (MOTC), to replace all of the 250W high intensity discharge (HID) streetlights on the West Coast Expressway, or the Provincial Highway No. 61, with such LED smart lighting system as another field-test model.

Senior DoIT officials point out that to fuel and facilitate the development of the island's LED industry, the ministry has introduced many incentives and measures, including organizing R&D alliances, financing their R&D projects, and encouraging the formation of supply chains.

Also, the ministry has drafted LED streetlight standards for super highways and expressways aimed at replacing all of the HID lights with LED counterparts on the two categories of roads throughout the island.