In an exclusive interview with CENS, M.J. Kao, Ph.D. and deputy general director of Electronic and Optoelectronic System Research Laboratories of ITRI, provided a clear picture of the development of the two said technologies.

On the background to the development of spectrum-adjustable LED lighting module, Kao commented that amid growing concerns about energy conservation, outlooks of the global market for LED lighting once looked quite bright at the very beginning; however, the reality turns out to be a disappointment to Taiwanese suppliers, primarily because oversupply situations and no-holds-barred underselling rivalry have continuously intensified in the wake of the emergence of Chinese competitors. 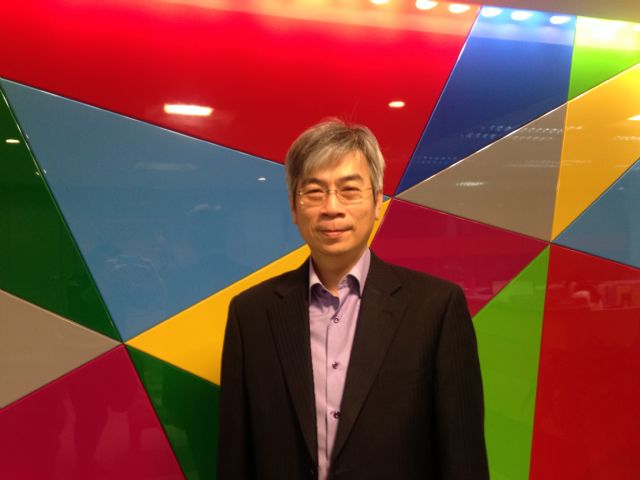 To help Taiwanese suppliers explore blue-ocean opportunities in the competitive landscape, Kao said that ITRI decided four to five years ago to commence an R&D project, which includes study and research of human-centric lighting, with the said module being developed on that concept.

Human-centric lighting is increasingly a buzzword in the industry, noted Kao, who justified the trend by saying, “Tests and research show that light actually affects human health in many aspects, including the quality of sleep and the occurrence of osteoporosis.” For instance, blue wavelengths have been found beneficial in preventing newborns from jaundice, and therefore the use of artificial lighting for baby incubators becomes popular in modern times.

In addition to physically, model and direct observations find that people can also be affected mentally by light through different wavelengths perceived by eyes, mentioned Kao, who continued, “In short, through adjustment of illumination and wavelengths, light can be certainly applied in healthcare.”

Riding on human-centric lighting, ITRI aims to assist Taiwanese lighting makers to tap the niche market with its LED light spectrum adjusting technology, and its efforts have borne fruit. Kao mentioned that the technology has been applied in grow light systems in many farms in Taiwan and proven effective to boost productivity.

Besides, ITRI has also worked with a hospital to build a lighting system using such technology along with sensors for detecting patients' mental state for the moment, and applied for IRB (Institutional Review Board) approval for further research of medical diagnosis and treatment that the light system can make for.

Kao believes that the efforts are directed right, as only a few organizations and lighting companies in the world have abilities to work on such healthcare-focused application, so the exhibiting of the spectrum-adjustable LED lighting module is of significance to Taiwan's lighting industry.

As to the development of LED-based Indoor Positioning System, Kao stressed that it is also part of ITRI's effort on enhancing added-value of LED lighting technologies.

In fact, ITRI already provided such system to a local large-sized hospital, which has proven effective to improve management of the most expensive, high-end medical equipment and raise efficiency of shift handover there. 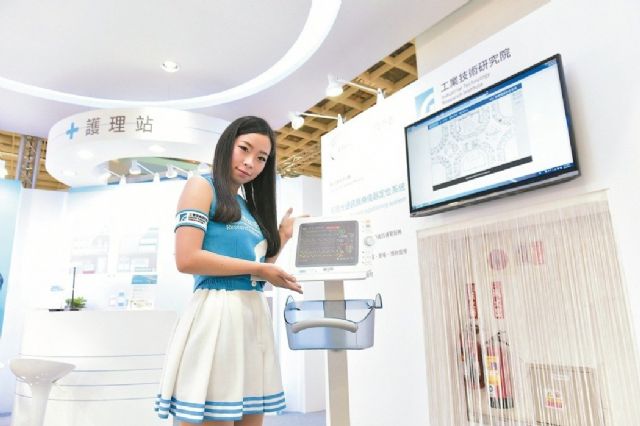 ITRI’s VLC-based indoor positioning system incorporated with LED lighting has been applied in a local large-sized hospital to improve management of medical equipment and efficiency and shift handovers (photo courtesy of UDN.com).

Ko noted that LED-based indoor positioning system also makes for multimedia guide services. In the museum, for example, such system can be used to respond to smartphones or other electronic gadgets installed with specific apps, so as to provide visitors with different information and audio content according to relative positions of LEDs near exhibits.

Kao concluded to say, “Since light is ubiquitous, application of LED smart lighting can be even wider than we have expected,” adding that those in VLC and human-centric lighting are expected to become the industry's next big things in the near future. In this logic, he stressed, ITRI has therefore shifted its focus from the development and improvement of LED manufacturing technologies and processes to R&D of related application as a pioneer in Taiwan's LED industry, in a bid to help local companies to move upmarket and secure sustainable development in the long run.