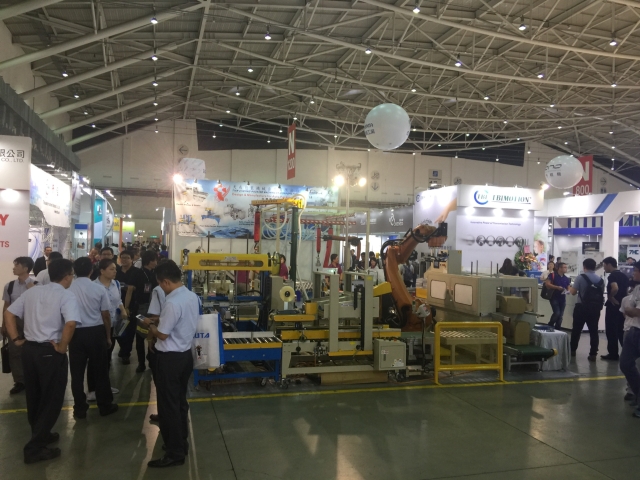 photographed by Alan Lu
With exhibitor and visitor turnout both on an upward trend to shatter records, the 2017 edition of Taipei International Industrial Automation Exhibition consolidates its status as Taiwan's largest exhibition to Industry 4.0.

During the opening remarks, Vise President Chen noted that, as industry 4.0 has become an unstoppable trend in the world's machine industry, Taiwan's government will also offer all the necessary resources to help develop smart automation technologies.

Worth mentioning is that, on the showground, Hiwin Technologies Corp, a leading manufacturer of precision machinery in Taiwan, amazed visitors on the first day of the exhibition by showcasing its robotic café concept, wafer robot, medical robot, packaging robot, and the robot carving system, all of which serve as a solution to dust collection.

With ambition to tap the intelligent automation market, all the exhibitors have committed themselves in the development of industry 4.0 related technologies, and expected their participation in the trade fair to lead to a rosy future.