As a result of the increasing digitalisation our world seems to be moving faster and faster all the time. At the coming EISENWARENMESSE - International Hardware Fair Cologne, the competence areas tools, industrial supply, fasteners and fixings, fitting as well as home improvement will convey an impression of how this theme is also dominating the hardware industry. The industry's most important international trade fair is being held in Cologne under this year's motto "work hard - rock hard" from 4 to 7 March 2018. 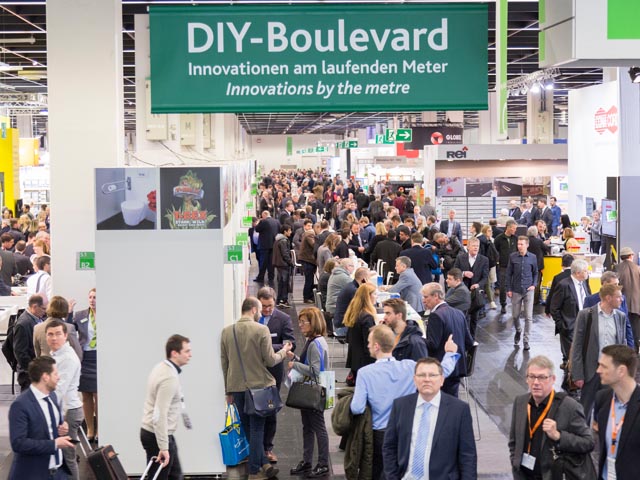 It has in the meantime become tradition for Koelnmesse to interview the exhibitors on the current trends in the run-up to EISENWARENMESSE - International Hardware Fair Cologne. Over the past weeks, numerous companies have submitted their feedback, without revealing any concrete details however. They are saving these up for the first day of the trade fair, when here and there an exhibitor intends to literally "let the cat out of the bag". So, it is going to be exciting again! We have summarised some of the trends below.

The theme networking is gaining more and more significance in the high-quality tools segment. For example, integrationable torque wrenches with a radio module for networked production are increasingly advancing beyond the testing stage. For many suppliers of precision tools the new version of the DIN EN ISO 6789:2017 norm, which demands more complexity when calibrating torque tools, is a topic of conversation in the dialogue with the specialised trade. In addition to the display deviation, the norm also stipulates that a host of possible uncertainty parameters have to be recorded. 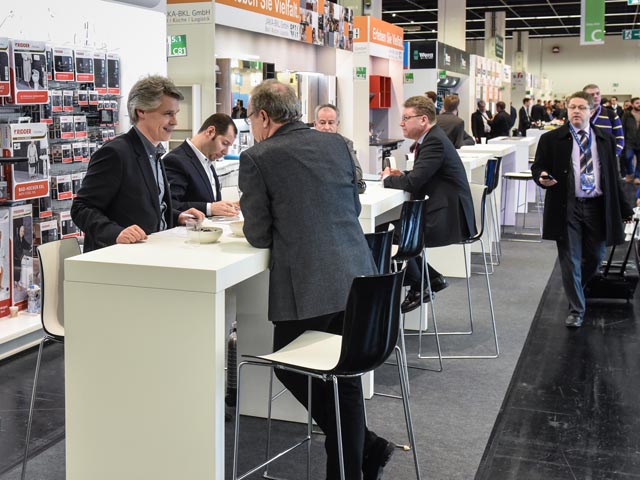 The theme standardisation plays a role in Cologne, but also among the suppliers of access technology products, because from the beginning of next year onwards the new DIN EN 131 comes into effect for portable ladders. This norm applies for all suppliers of access technology products and stipulates for example that in future all single ladders that are 3 metres in length and more have to be equipped with an enlarged base. The anti-slip and torsion resistance provisions have also been revised. One exhibitor is thus presenting a novel base changing system for stepladders. The bottom of the ladder can be exchanged to suit the respective flooring in a few simple steps.

A further aspect that the tool suppliers are gearing themselves up for are the stricter requirements in the workshops and production factories where work is carried out on live components. One exhibitor is presenting a new VDE torque wrench especially for such applications. 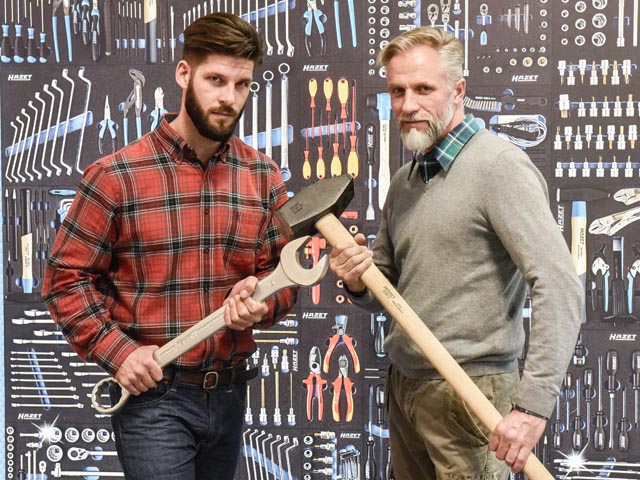 Taking a look at power tools, a clear trend towards even more powerful battery-operated tools is recognisable. When the professional wants to use wireless tools big-scale, the difference to mains-operated devices or motorised tools for the garden and landscaping sector shouldn't be too great. 54-volt battery systems - compatible with 18-volt devices and tools - are thus an answer to providing electrical tools with even more power and performance.

Flexibility in the workshops is also a keyword. Employees are often deployed at different places of work. However, if possible they prefer to use their own tools. This is only possible if mobile workbenches or workshop trolleys are available. The trolleys are a transporter and workbench in one. Stable multifunctional worktops as well as large and sturdy drawers with sufficient room and storage space for bulky tools are matter of course. The corresponding large wheels provide sufficient stability. New and improved versions of these wheelable workbenches will be exhibited in Cologne. Of course anyone, who wants to be mobile, always needs the appropriate tools. One supplier is thus presenting an upgrade of its case trolley that is especially suitable for electricians and is filled with the perfect alignment of tools for the professional working day. These include among others a torch or a dowel hole borer.

Large, bulky or heavy items have to be moved frequently in every workshop, but also on building sites. In order to make this task as easy and effortless as possible for the employees, transport and assembly devices are to be implemented where possible. Stable transport trolleys that can also easily overcome steps, versatile platform trucks or ergonomically balanced wheelbarrows are examples here. 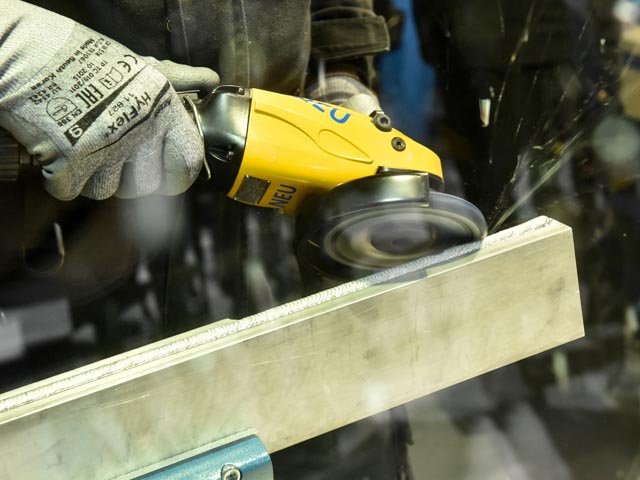 A current survey reveals that the smart home market in Germany will increase up to around Euro 4.3 billion between 2107 and 2022. The activities of many exhibitors in Cologne show that this is realistic. Smart home, the intelligent networking of different house functions, is of course more than just an app that can be used to operate the blinds. Electronic products are becoming more and more compact, more convenient, more efficient and more intuitive. Lamps are also a good example of this: The LED technology alone enables a light output that could only be achieved at incredible expense up until a few years ago. And what's more, their power consumption is very low. At the same time electronics are becoming more intelligent, for instance thanks to remote switches with a self-learning coding. In this way, the products can be adapted more and more readily to suit the individual needs of the users.

Individuality is also a key issue when designing one's own four walls. For example, for the wall colours the suppliers take the particular seasonal moods into account and these are reflected in the colour mixtures. Another trend is placing photos on the wall. However, the days of the good old photo wallpaper are over - today top quality wall design is called for. Photo walls with breath-taking natural scenes or even shots of famous heroes from TV series are also currently in high demand. Today though, the end users want to have their building and renovating projects carried out as quickly as possible. Many manufacturers are reacting to this and are offering products that save working steps or which excel through their fast load-bearing capacity.

Backing up the trade 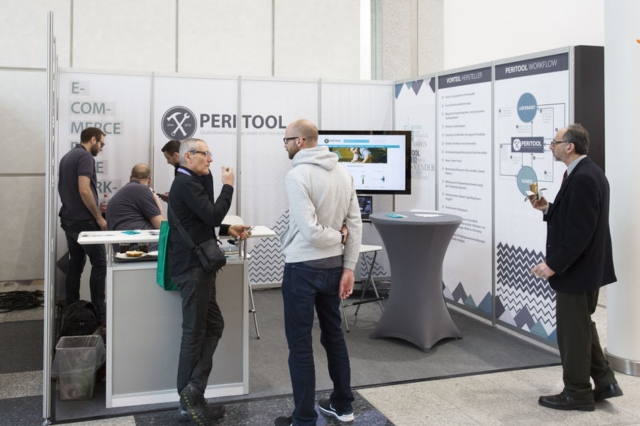 In spite of the increasing online turnovers, particularly in the B2B business many manufacturers are relying more than ever on the strength of the bricks-and-mortar trade. Hence, new strategies for the specialised dealers play just as much a role at EISENWARENMESSE - International Hardware Fair Cologne as sales promotion projects with improved packing and POS concepts as well as counter displays or special placements. These include product ranges that are tailor-made to suit the user target groups, which directly show at a glance which tools are recommended for a business. And basically operating the tools has to be simple and easily comprehensible - for both the user and the consulting dealer.

One domain of the bricks-and-mortar trade is and remains to be the availability and diversity of the goods. Of course, the customers - whether professionals or end users - always expect a comprehensive offer. For instance, for a supplier of fastening and fixing technologies this means that the partners from the trade have to stock the entire range of products as far as possible and not just sub-ranges.


'Do it for me' is a theme especially within the DIY industry. This means the end user doesn't want to simply just buy products, he also wants to have a trade partner mediated, who will carry out the work for him. Manufacturers will also be providing the respective solutions here in Cologne.

Most of the exhibitors agree that purchasing in retail outlets has to be made more attractive again, since Amazon and co. are enticing the customers with growing assortments of products. EISENWARENMESSE - International Hardware Fair Cologne presents both "worlds" and as a communication platform offers the perfect setting to intensify the partnership between the trade and the industry.