Toyota Likely to End This Fiscal Year with Impressive Performance

Benefiting from the depreciation of Japanese yen and significant growth in domestic sales, Toyota Motor Corporation, a Japanese multinational automobile manufacturer, has seen its revenue steadily surge since the last season of last year. On this growth trajectory, the firm is very likely to end this fiscal year with a record high in net profits.

As of the end of last year, Toyota scored operating income of JPY673.6 billion (US$6 billion) for a 54 percent YoY growth, which is better than the JPY527.22 (US$4.8 billion) forecasted by an analyst of Reuters, an international news agency headquartered in London, the U.K.

As Japan's economy has continued to be driven by strong domestic market demands for cars, Toyota's domestic sales during the final season of last year doubled. However, the firm's overseas sales in North America, Toyota's biggest market in the world, dropped to some extent. To boost its sales of compact sedans in the market, Toyota has offered more fabulous discounts to attract more consumers.

Noteworthily, its sales in Japan and Europe increased by 3 percent and 1.7 percent respectively; while those in North America dropped from 745,000 units to 735,000 units. 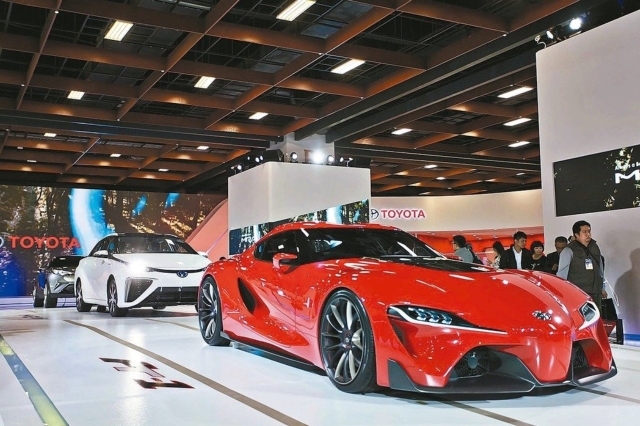 As to its sales forecast in the North American market, Toyota has just adjusted it upward from 2.79 million to 2.81 million, mainly in a response to the new tax policy passed in the U.S., and its rosy sales of Camry sedan and RAV4 there.