Han King Plastic Machinery Co. is a veteran maker of blown film machines, with over 20 years of experience.

The three-layer heavy-duty blown film machine is among Han King's proud products, built with the firm's high-performance screws, gearbox and air rings and other high-quality components, and comes with an in-line embossing/gusseting machine and printing machine, thus achieving great productivity of 350 kilograms per hour to match competing models made in Germany and Italy.

To satisfy bag making makers in need of highly integrated production, the blown film machine is incorporated with an embossing and gusseting machine, as well as a printing machine, which are faultlessly synchronized through Han King's improved electric control system and independently developed software to ensure maximized performance, easy operation and great safety.

Han King exports most of its output, mainly to the U.S., Egypt, the Middle East, Africa, the United Arab Emirate, Southeast Asia, New Zealand, and China, some under its “King Plus” brand. 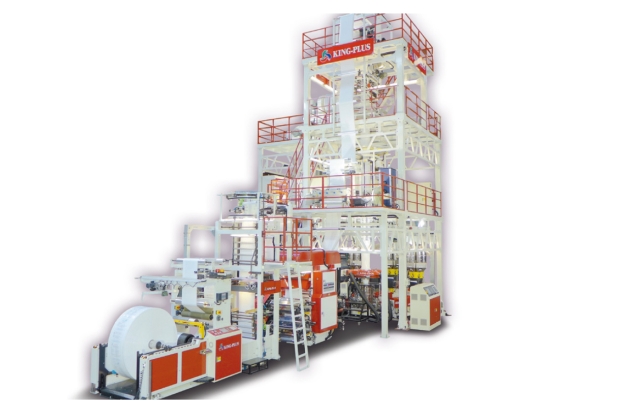