Taiwan's hand tools industry has always enjoyed a positive global reputation, thanks to industry members' strive to improve and refine their products in face of an increasingly, competitive industry.

In the third quarter, Taiwan produced NTD$17.99 billion worth of hand tools, a 2.3% compared to the second quarter; for exports, Taiwan shipped out hand tools worth NT$17.14 billion, a 6.5% percent increase compared to the second quarter. According to local research institution's statistics, the third quarter is traditionally Taiwan's boom season in terms of order volume; both production value, export and import volume has all increased compared to the previous quarter. The island's positive hand tool production outlook this year can be attributed to the strong global economic recovery.

However, the global economy was rocked by the trade dispute between China and the U.S., in which consequences could continue to bleed into the new year. Despite both powerhouses shaking on a deal to suspend new trade tariffs at the time of writing at G20, stock markets and companies will not be at ease with new situations coming up every week or so.

At present, Taiwanese firms are reaping the benefits from the economic stalemate between the two global powerhouses. Firms at 2018 Taiwan Hardware Show have said that under the China-U.S. trade war, many companies in Taiwan benefited from the situation, especially the sheet metal industry, as China was slapped with increased duties up to 180% earlier this year on goods like aluminum products.

Tensions with Neighboring Countries in Asia
But, across the Taiwan Strait in mainland China, things were not looking up for Taiwanese businesses there. Viewed by experts as the authorities' way of lending a helping hand to local Chinese machine tool makers hurt by the trade dispute, investigations were launched into Japanese and Taiwanese machine tool makers over allegations of dumping.

In turn, Chinese firms have begun to aggressively expand their market base to other markets, like South Asia, Africa, and Central and Eastern Europe, reports say, to lessen the economic pressure. The Asian giant's expansion to these regions has Taiwanese firms like Honiton Industries Inc. slightly on the edge and more cautious, since Eastern Europe, for example, is among the firm's main markets. Hand tool maker Honiton regards China as a competitor with potential to dent their market, only if Chinese firms are able to increase the quality of their products, as well as maintaining its ability to deliver quantity.

On the other hand, the rising trade tensions between the U.S. and China has only accelerated the exodus from China or prompted companies to draw up contingency plans as firms shift production to other places in the region, namely Southeast Asia.

Many firms consider Southeast Asia's lower production costs as one of the major reasons why doing business has become harder. The region's lucrative market and workforce has lured companies to move their own production plants to Southeast Asian countries or expanding into different niche markets.

However, firms are tentatively optimistic about the future and hold out on a resolution between the two countries. In the meantime, some industries will be raking in profits gained from orders transferred to Taiwan, while others will have to weather the situation out. 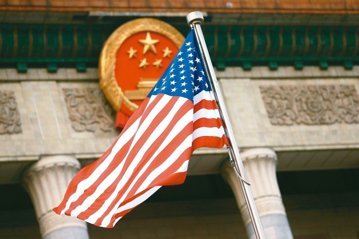