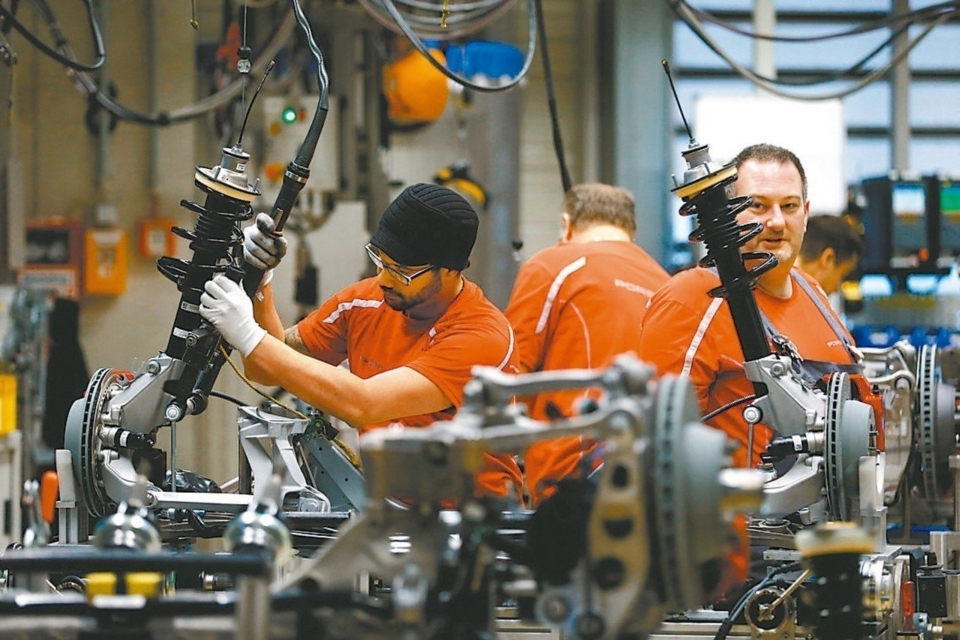 In the U.S., the main purchasing manager's index unexpectedly fell in May to the lowest level since October 2016, according to the U.S. Institute for Supply Management report released on Monday. A separate PMI report issued by IHS Markit fell to the weakest level since June 2016.
IHS Markit's final manufacturing Purchasing Managers' Index in May was 47.7, matching earlier estimates with only just above March's six-year low pointing to a contraction in the manufacturing sector for the fourth consecutive month. Trade wars, slumping demand in the auto sector, and Brexit all have the potential to derail any stabilization of the manufacturing sector.

In Asia, Japan and South Korea's PMI also signaled contraction, the Caixin manufacturing PMI for May held stable at 50.2. However, China's official PMI for May slid to 49.4 last Friday while India and Philippines's PMI rose, mainly due to the increase from the elimination of uncertainty in two countries' elections.

The U.S.' plan to tax tariffs on Mexican products also has global investors on the edge. Although this act has limited impact on Asia, it influences investors' layout for doing businesses in new markets. Capital outflow may cause loose monetary policy to be restricted.

ECB is going to reveal monetary policy this week. The European Central Bank has no prospect of raising interest rates by the end of 2020, according to economists in a Reuters poll, who said its next policy move will likely make adjustments to its forward-looking guidance blueprint towards a relaxed policy. 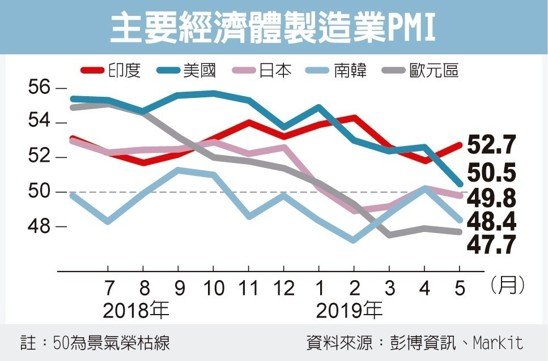