The new pneumonia epidemic has driven the economic application of laptops, displays and other homes, and the demand for LED packaging has increased dramatically. However, the three largest LED packaging factories in mainland China, Jufei Optoelectronics, have resumed work, but they still face traffic control in mainland China. As a result of problems such as limited supply and blocked production and sales, some customers have recently transferred orders to Hon Hai Group to invest in Rongchuang (3434), Baihong and other Taiwan LED packaging factories. 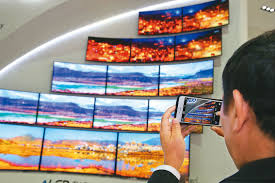 Photo provided by CENS.com
Industry insiders pointed out that Jufei is the top three LED packaging factories in mainland China, and its small-sized LED backlight market accounted for more than 30%, ranking first in the industry. Jufei has factories in Shenzhen, Huizhou, Wuhu and other places in the mainland. The production was hindered by the impact of the new crown pneumonia epidemic. Although it has gradually resumed work, it still faces the problem of traffic control and employee return rate.
It is reported that Jufei's client is worried about facing a chain-breaking crisis, and the urgent demand for laptops is heating up. Under the situation that Jufei's production capacity cannot meet the demand, Rongchuang and Baihong have begun to accept their customers' orders.

In the analysis of supply chain, Jufei's main business is backlight, lighting, LED components, and small-pitch components and automotive components. In terms of application, small-sized LEDs are used in mobile phones, tablets and computers, and large-sized TVs. Jufei's main production base is in Shenzhen, but the priority development project is in the Huizhou factory, focusing on the R & D, production and sales of SMD LED components, including backlight LED, lighting LED, small-pitch display LED, automotive LED, IR LED, etc.

According to the supply chain, Jufei's monthly production capacity in Huizhou is about 5 billion units. The benefit of the transfer order is very complementary to Taiwan's LED packaging factory. Recently, the home economy has been fermented, and notebook and monitor orders have risen. Jufei's capacity supply Limited, Rongchuang and Baihong benefit from the benefits of turning over orders, which supports the off-season operation.

Baihong said that it has not yet seen a slowdown in demand and a stable operation, but it will still depend on the resumption of the overall supply chain and changes in the demand of the end market.