In response to a shrinking auto market and negative growth, over the last few years, traditional automakers such as G.M., Daimler, BMW, and Volkswagen have started seeking a new way out. For instance, they sought out to develop vehicle electrification, and more investment in the development of electric cars and self-driving cars. Among them, self-driving cars have been regarded as the saviors of automakers. In 2016 to 2017, automobile manufacturers even pledged to launch a fully autonomous self-driving car in the next two to three years.

Unmanned self-driving cars have become a heated topic in the two major fields of technology and cars. Manufacturers in these two industries are actively drawing up strategies, in hopes of tapping into the huge business potential. The Renault and Nissan Alliance believe that cars will enter the "CASE" generation, listing self-driving and electric cars as a medium-term operation plan. The four letters in CASE stand for connected, autonomous, sharing, and electric, meaning the Internet of Things, and the Internet of Things is integrated with ADAS, which will achieve the goals of self-driving cars. Also, autonomous driving has become the next targeted market for the semiconductor industry and auto plants. Over these years, the discussion of the Society of Automotive Engineers's definition for each safety level features and development of related technology has continued unfettered. Also, self-driving systems are increasingly adopting artificial and machine learning, prompted by expectations to improve the safety of self-driving cars and confidence in the systems.

Taiwan has been developing auto electronics for decades with multifaceted and diverse manufacturing experience. Automotive electronic components maintain excellent quality and stability, advanced research and development capabilities, including ADAS systems, sensing chips, are important foundations for key components of self-driving cars. In addition, Taiwan's ICT industry has accumulated comprehensive hardware and software advantages, including the core capabilities of the electronics manufacturing industry, clustering of industrial supply chains, and enriched sources. It should help accelerate the application of technology in the field of self-driving cars, and fill in the self-driving vehicle industry and technology gap.

Recently, the Taiwanese government also carried out a smart transportation plan to invest over NT$6 billion in the nation's first closed testing ground for self-driving cars, unmanned taxi and unmanned vehicle operation plans. On the other hand, private enterprises such as Foxconn, Wistron and Quanta all have invested in self-driving cars, expecting rapid growth in the future. Foxconn recently signed an agreement with leading automaker Fiat Chrysler (FCA) to establish a joint venture to develop and produce key components for electric vehicles. Foxconn is responsible for software information and mobile technology, and cooperates with large-scale information service providers, including Alibaba, Tencent, with initial plans to target China's domestic market. 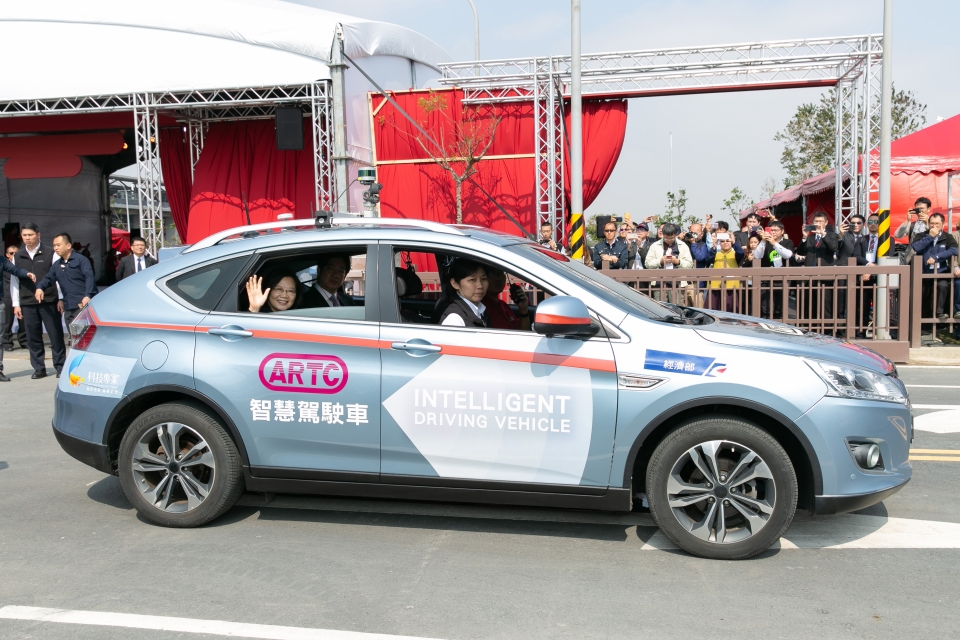 Wistron and Chunghwa Telecom carried out the project under the National Development Council last year, releasing the first domestic autonomous driving information integration platform aimed at smart transportation life. It is expected that the second phase of the trial will be conducted in Qingpu, Taoyuan, as well as see completion of a testing ground for self-driving cars, and the launch of an unmanned taxi team. Quanta has been developing AI, 5G, and cloud applications in recent years. In terms of the self-driving car, it has partnered with American automotive manufacturers to develop the first unmanned car, which has been tested on roads in closed US fields. According to Photonics Industry & Technology Development Association (PIDA), aside from Taiwan, GM 's Cruise, Tesla, and Mobileye will deploy unmanned taxi in the three cities of Paris in France, Tel Aviv-Yafo in Israel, and Daegu in South Korea, showing that the market of self-driving has become a new business opportunity for any international companies. 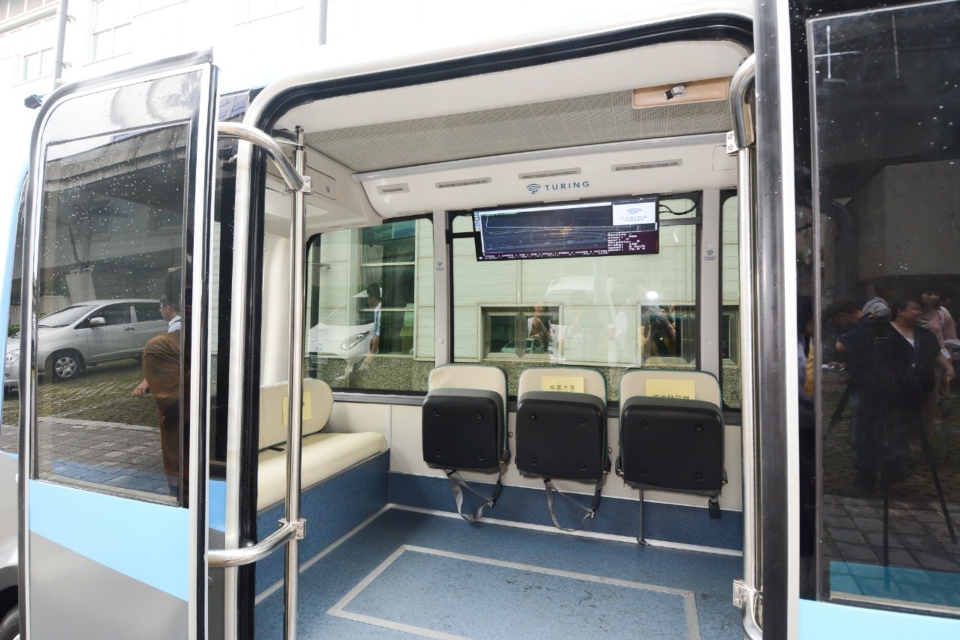 Surprisingly, in the global self-driving market, up to 70% of its components are supplied by Taiwan, based on its solid industrial foundation. However, giant foreign manufacturers win in the integration of brands and systems, mostly with closed designs, attempting to seize the opportunity to develop standards, which is exactly what Taiwan needs to catch up with. That being said, Taiwan does not need to sell itself short. In fact, the world is still exploring the technology of self-driving cars. No one can claim to have absolute superiority. Therefore, Taiwan is not far behind and still has a chance to catch up, though the focus now is to integrate the scattered strength into a force that cannot be underestimated.