Taiwan's hand tools are the world's unsung champions! Every year, Taiwan's tool industry earns US$4 billion from exports of OEM wrenches and pliers. Globally reputed as the “Kingdom of Hand Tools,” Taiwan is one of the world's top three export countries in this sector, which is one of the island's most prominent industries. Nearly 70% of enterprises in the hand tool industry are concentrated in the Taichung and Changhua areas.

According to Taiwan's Department of Statistics, the number of plants and workers in the hand tool industry is steadily increasing year by year. As of 2017, there were 2,166 factories and about 48,000 workers. The majority of manufacturers are SMEs, and over 70% have fewer than 20 employees. With 70% of the factories centered in Taichung and Changhua, Taiwan's hand tool industry has a complete upstream, midstream and downstream supply chain.

More than 50% of well-known international mid-range and high-end hand tool brands are purchased from Taiwan.

Taichung's Golden Valley: The World's No. 1 Machine Tool Industry Cluster
At the foot of Mt. Dadu in Taichung City is Taiwan's “Golden Valley” of precision machinery, with over 300,000 employees and an annual output value of NT$900 billion. It is the world's number one precision machinery cluster in terms of density and per unit area output value, hosting six industries: machine tools and machinery parts, photovoltaic panels, bicycles and parts, woodworking machinery, hand tools, and aerospace. 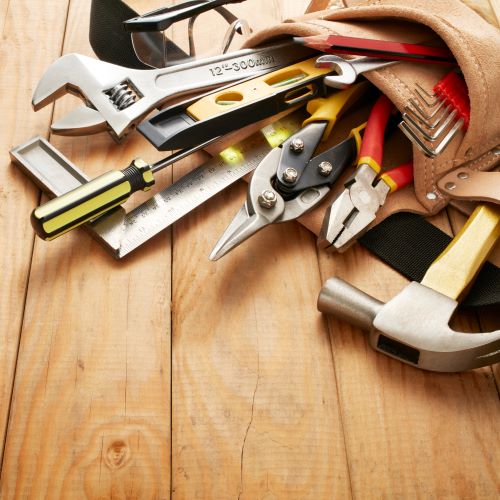 Industrial clusters is the reason why Taiwan can produce exceptional hand tools.(Photo courtesy of EDN)
Global Hardware Industry Trends
According to technical research consulting firm TechNavio, the global hand tool market will have reached US$125.5 billion in scale by 2022. Over 50% of this is taken up by the North American and Europe markets, home of the world's largest hand tool import and export countries, with vibrant DIY cultures.

Germany is an important export expansion market for Taiwan's hardware hand tools and DIY applications. According to the Taiwan External Trade Development Council's iTrade platform, Germany is Taiwan's third largest export market in this sector. In 2017, the output value of Taiwan's exports to Germany reached US$218 million, an increase of 4.8%, second only to the United States and China. In addition, Germany is also Taiwan's second largest export market of fasteners. In 2017, fasteners exported to Germany accounted for about 9.5% of the island's total export value, amounting to nearly US$400 million, or US$2.6 per kilogram, and a 10.5% increase in average unit price compared to the previous year. German products with Taiwanese fasteners have long held leading positions in the global automotive, healthcare, and machinery and equipment manufacturing industries, an indication of Taiwan's importance in Germany's fastener market.