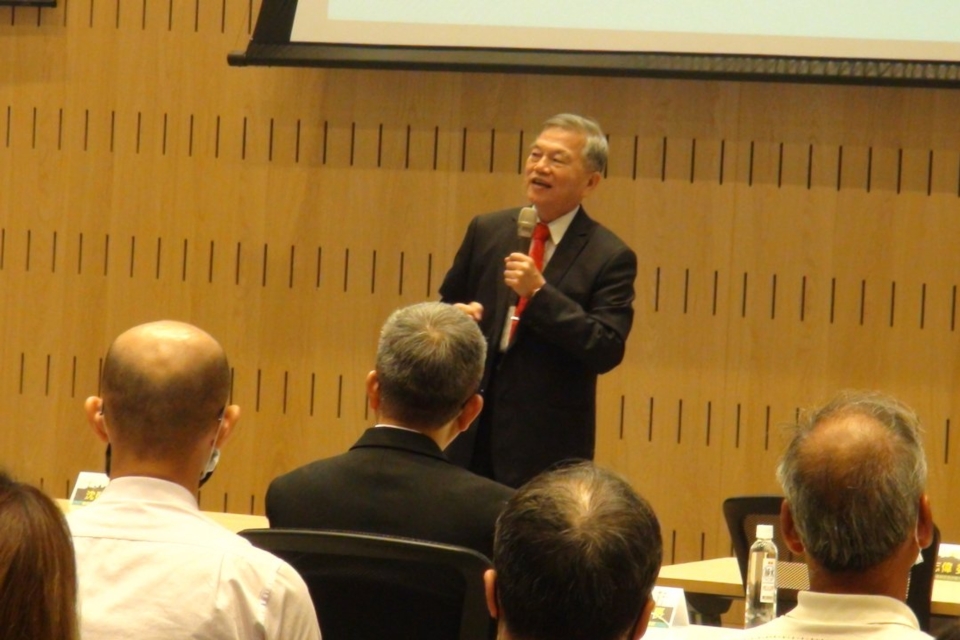 Shen Rongjin met again with Kaohsiung fastener industry in the traditional industry innovation and value-added center of the Ministry of Economic Affairs this morning to explain the bail-out and revitalization measures of the Ministry of Economic Affairs to the manufacturing industry and its technical service industry. Legislators Qiu Zhiwei, Liu Shifang and China Steel Chairman Weng Chao Dong were all concerned.

Shen Rongjin said that the Ministry of Economy has done three things during the bail-out phase, including subsidizing corporate employees' salaries, operating expenses, and reduction of water and electricity costs. In addition, the existing loans of enterprises must be managed to extend and help them successfully obtain working capital loans and Revitalized loans. During the revitalization stage, it supports the industry to do technology research and development, talent training and market expansion, and quickly bring the manufacturers up after the epidemic stops.

Shen said, "I have always emphasized that the government must treat embarrassed industries with empathy, and be wider, looser, and faster to help industries get out of trouble."

The fastener industry participants reported that Taiwan's fasteners produce 153.6 billion annually, and employ 36,000 people. They export more than the United States, second only to the mainland and Germany, and rank third in the world. They are alternative hidden champions, but affected by the new crown pneumonia, this year 1 As of April, the total value of all exports was only 39.43 billion, a decline of 13%. According to the investigation by the Taiwan Economic Research Institute, it will still be bad in the next six months.

The industry said that the domestic Taiwan dollar has risen twice in April, hitting a new high of nearly three years, and the price index has dropped by 6.51%. It is recommended that the government should moderate the devaluation of the Taiwan dollar, and the revitalization of loans should also be extended to the fastener industry to allow the fastener industry and SMEs Get the same government subsidies.

Cai Tujin, chairman of the Taiwan Screw Industry Association, also said that during the epidemic, fasteners could not be exported for the time being, but the raw materials have been ordered, and the industry bears the cost burden. The current recession has not yet bottomed out, and the government needs to lend a helping hand. Legislator Qiu Zhiwei said that Taiwan's fastener industry is a model for manufacturing. This time, all countries have been banned due to the epidemic situation, and their products cannot be sold. Fortunately, from the upstream of China Steel, everyone has a hard time. The next stage of revitalization hopes that the national team can integrate forces. , Let the screw industry create another glorious glory.

Shen Rongjin responded that the fastener industry had rescued the delivery, only two cases failed due to repeated applications, and the rest passed. He shouted to the fastener industry on the spot, "Your business is my business." He has already told the staff of the Economic Department to deal with the industrial dilemma with empathy. Everyone's employment is stable, and society is stable.