Electric vehicles (EV) and related technologies were the major highlights at this year's Taipei AMPA show. For instance, the pavilion from the mobility Taiwan Automotive Research Consortium (mTARC), an entity under the Economic Ministry Department of Industrial Technology, showcased EV and self-driving vehicle technologies developed by domestic companies and research institutions.

The battery unit module was developed as a technology transfer project from ITRI to CPC's green energy department, which produces the LTO anode material. They also outsourced the battery cell production to battery cell maker Amita Technologies. ITRI would then assemble everything into the LTO battery module. Currently, the plan is to implement the technology into on-road vehicles for system certification by the end of the year. Huang Li-chung, a researcher at ITRI Energy Storage Materials and Technology Division, Material and Chemical Research Laboratories, pointed out that since LTO anode materials and electrolytic solutions will not create a passivation layer, it could help stop impedance temperature from rising when charging the battery and improving fast-charging safety.

Also, due to LTO's spinel nano grain structure, it causes very little volume change when discharging, making the battery cells capable of over 10,000 cycles. The ITRI-developed battery unit operates at a nominal voltage of 48V and can reach 600V under a series and parallel circuit. The module unit is designed for quick-swapping of the battery cells should any problems arise, as the back-end system can detect damaged cells.

Due to demands for increased range, Huang said most e-bus batteries on the market are rated at least 200KWh but would require seven to eight hours for a full charge. If operators changed the batteries to the LTO fast-charging battery systems, setting up strategic fast-charging stations en route, a bus would only require a 1/3 charge. For example, a fully-charged e-bus departing from Taipei Main Station can choose to fast-charge to full battery in 10 minutes at the Taichung bus stop and allow the driver to rest before continuing the next leg of the trip.

On the other hand, battery lifespan is also a major focus among system operators. Huang pointed out the additional advantage of using LTO battery modules, is that with the 10,000 cycle rate, the specification equaled to a 15-year lifespan for an e-bus battery. In contrast, traditional batteries would need to be replaced after eight to 10 years. With a battery lifespan on par with the longevity of an entire vehicle, operators wouldn't need to prioritize considerations like battery maintenance and costs after procuring the e-bus alongside with the battery module. Aside from e-buses, other applications for the LTO battery module include electric ships, electric shipping trucks, and AFC fast-response energy-saving systems. 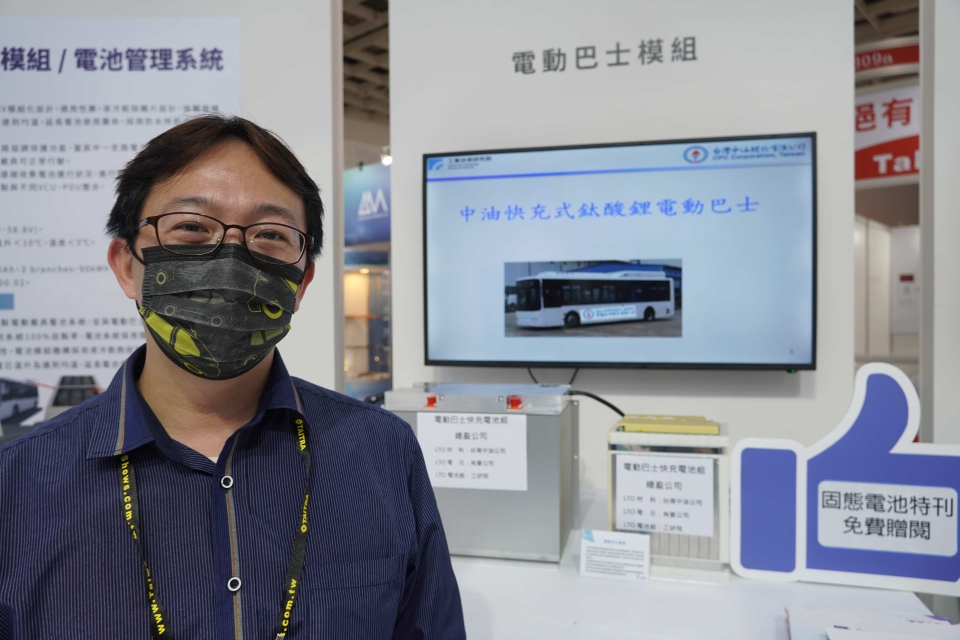 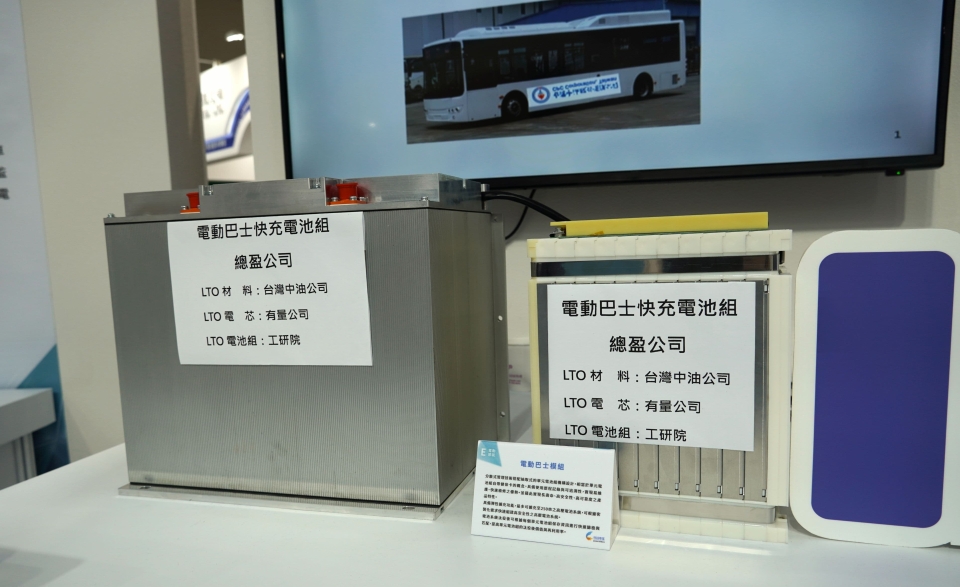