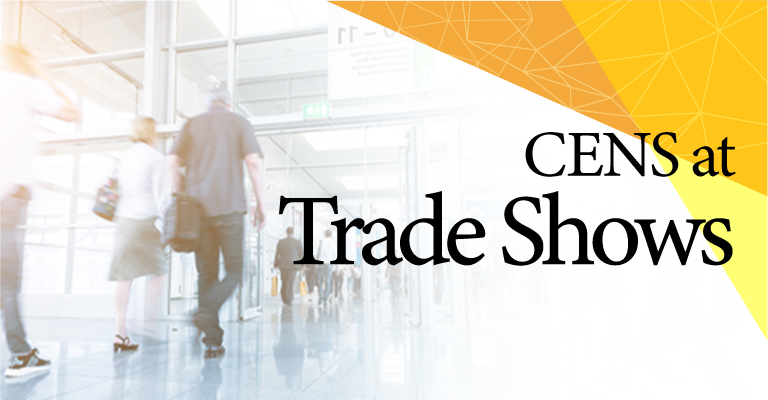 (NORWALK, Conn. May 22) - The 67th Annual National Hardware Show® came to a close last week in Las Vegas, but attendees and exhibitors are still buzzing about the energy and optimism that was evident during the three-day event.

The 2012 National Hardware Show was held May 1-3 at the Las Vegas Convention Center attracted 2,500 exhibitors and over 27,000 industry professionals from around the world, and had a 5% increase in show attendance over 2011.

"We couldn`t be more pleased with how the show went," said Rich Russo, event director. "Each year we listen to what attendees tell us and we strive to make the show bigger and better than the year before, and based on the feedback we`ve received from both attendees and exhibitors, this year we hit a home a run."

In 2013 the National Hardware Show will be held in Las Vegas and run from May 7-9.

Though the 2012 show only lasted for three days, it was jam-packed with products to see, educational opportunities for attendees, special buying programs and more.

"We`ve had a great show," said Rocco Falcone of Rocky`s Ace Hardware, which operates 26 retail locations in Florida, Massachusetts and New Hampshire. "There were a lot of exhibitors to visit with and a lot of product to see. It`s just great to come here and find out about all the new things that are going on out there."

Other buyers expressed similar sentiments about their time at the show.

"This has been by far, one of the most productive National Hardware Show`s that I have attended," said Linda Johnson of Village True Value in Western Springs, Ill. "On the first day, I attended seminars, walked the floor to find new products and already placed some orders, and I still had a full slate of items on my to-do list for (the next day)."

"I wasn`t necessarily planning on doing a lot of spending while I was here but I just found so many things that I thought would work for us," Noonan said. "You see a lot of things at the wholesaler shows, but here there is just so much more for you to look through and buy."

Exhibitors on hand at the event shared buyers` upbeat response.

"The first day went really well," said Kevin O`Neill, account manager for PetEdge Dealer Services, which exhibited as part of the new Pet Products area at the show. "We are seeing a lot of hardware store retailers wanting to introduce or expand their pet assortments niche. This is one of the growing industries."

"The foot traffic for us was very solid," he said. "This has always been an extremely great show for us."

Specialty Areas
In response to feedback from attendees, the National Hardware Show added and enhanced some of the special areas on the show floor. New highlights this year included a brand new area featuring new and never-before-seen products called the Innovation Station, which featured the Inventors Spotlight and New Product World; three Made in USA exhibits and displays, as well as areas highlighting energy-efficient products and pet products.

"This is my second time coming to the National Hardware Show," said Kirk Reams of Hooten`s Hardware in Texas, who was browsing the Innovation Station. "Seeing all these new products is really great, and the vendors are coming up with so many new ideas that it really makes coming to the show worthwhile. Not only is the array of products great but it just gives me so many ideas as to what I can carry in my store."

Attendees also flocked to some of the specialty product areas like the Made in USA display, the Tailgating & Outdoor Recreation area and browsed the enhanced selections of Pet Products and energy-efficient items on the show floor.

"There is just so much to see, but you find something everywhere you go," said Gary Copeland of Valley Supply in Rising Sun, Ind.

A Party in the Sun
The Tailgate & Outdoor Recreation area is always a big draw during the show, featuring everything from grills and grilling accessories to coolers and pop-up tents.

The Tailgate & Outdoor Recreation area was located directly outside the main entrance to the convention center and also hosted the third annual Tailgate Party.

Retailers and manufacturers alike were pleased with the Tailgate & Outdoor Recreation Pavilion. "The show has really expanded since last year," said Sara Williams, account manager for FireWire, Innolabs. "There were a lot of people out here."

Retailer Megan Menzer said, "The tailgating area is fun because while you are still shopping and finding new products. It feels like a break from the show floor."

Retailer Adam Busscher and his wife Christine agreed. "The samples in the tailgate area are great because it allows you to really test out the product before deciding to introduce it into your store," Adam said.

"This show is just great," Gregory said. "I have seen some great products. I particularly enjoyed the tailgating area and saw lots of good ideas to bring back to Baton Rouge this football season."

"Being in one location will help drive more paint customers to both shows," says Mike Dube, category manager at Lancaster. "Our vendors have been very supportive of us being here, and we`ve also able to bring some big-brand paint vendors to the table enhancing the existing paint and sundry selection already at the National Hardware Show. That`s good news for attendees of both shows, as there will be a lot more vendors for everyone to see."

Having the National Hardware Show and Lancaster West Coast Buying Show co-located this year made buyers` trips to Las Vegas even more productive.

"We really appreciate the Lancaster Buying Show as it allows us to see a wide range of products all under one roof," said retailer Juan Masip Diaz of Dijtham Curacao in Curacao, Antilles. "We`ve (visited) the National Hardware Show and were impressed with how we were able to see so much more than just hardware products, such as the home and garden products."

About 90 manufacturers exhibited during the Lancaster West Coast Buying Show.

"We`re excited to be here and we`ve had a lot of traffic already. A lot of the retailers have already been looking at paint vendors in the National Hardware Show and now they`re excited to come here and see even more options," said John Plocic, director of sales at Techtronic Industries North America, Inc., one of the new exhibitors to Lancaster`s show.

Retailer Buying Desks
Retailers who typically purchase their merchandise through two-step distribution partners found it easier than ever to place orders for products they found at the National Hardware Show this year. To help continue to facilitate the buying process for these retailers the National Hardware Show and many of the industry`s leading distributors came together to host Retailer Buying Desks.

Independent retailers could find products on the show floor then go to the Retailer Buying Desks with their finds and work with wholesale buyers to place their orders.

Distributors and co-ops participating in the program at this year`s show included True Value, Do it Best and Orgill.

"We`re here to help retailers with the products that they might see on the show floor, to help facilitate how we can get that product for them and help develop that relationship with the vendor," says Erika Sandilands, of the True Value company.

Having a program like the Retailer Buying Desks is a big benefit for True Value, said Sandilands, because it provides one more way True Value can serve its members.

One such member is Olive Downer Walsh, who came all the way from Jamaica to attend the National Hardware Show. Walsh is regional manager for Agro Grace, a multiple-store farm and garden center chain in Jamaica. "The Hardware Show always contains cutting edge product that are relevant to our business," Walsh said. "It presents a great opportunity to see a wide range of products."

An Enlightening Opportunity
While buying and selling are always the major focus at the National Hardware Show, this year`s event was also packed full with opportunities for attendees and exhibitors to network with one another and learn about industry trends and more.

"I love the show," said Ron Cicuttini, who owns three Home Hardware retail locations in Ontario. "I have been coming to the National Hardware Show for years, and while I like being able to see all the new products and talk with manufacturers, I also really enjoy the educational aspect of the show. I think that the kind of educational programs they offer at the show are key to anyone being able to be successful in the industry today. You can never stop educating yourself."

Not only was Cicuttini one of the attendees eager for educational opportunities at the National Hardware Show, he also participated in one of the educational sessions as part of a panel discussion held on the North American Retail Hardware Association (NRHA) Village Stage.

The NRHA Village Stage hosted dozens of seminars and events throughout the show as part of the NRHA Rethink Retail Conference, which was held concurrently with the event.

Topics ranged from a State of the Home Improvement Industry report delivered by Kevin Gilbert of the NPD Group to a keynote address from former Walmart executive Michael Berghdahl called "How to Compete and Thrive in a Walmart World."

In addition to the several speakers and educational sessions that were held on the NRHA Village Stage, the NRHA Rethink Retail Conference also held a series of breakout sessions aimed at providing retailers in attendance at the show with actionable information to help improve their operations.

Topics covered during these breakout sessions ran the gamut from how to effectively utilize a POS computer system to loss prevention and succession planning.

"Our entire mission at NRHA is to help home improvement retailers become better and more profitable merchants," said Bill Lee, NRHA president and CEO. "The National Hardware Show is the ideal event for us to provide this kind of educational information. We have had a long-standing relationship with the National Hardware Show and we hope to continue building on this relationship for years to come."

Recognizing the Industry
Because the National Hardware Show is the premier gathering place for the home improvement industry it provides a perfect setting for honoring the industry`s innovators. Many awards programs were held throughout the show. Awards ceremonies held during the three-day event included:

In the Spotlight
The final award ceremony held during the show also cast a spotlight on some of the big-time media outlets and personalities who were in attendance at the event. On the final day of the show, Kevin Harrington, who formerly appeared as one of the "sharks" on ABC`s hit TV program, "Shark Tank," handed out awards to three inventors who participated in the Pitch Tank program at the show.

More than 70 inventors submitted their products to the Pitch Tank and three winners were chosen.

"I have the toughest job in the world because we sat through over 70 amazing presentations...we really had a tough job deciding on the top three," Harrington said during the awards ceremony.


The products recognized were:

First Place-Jewelry in the Dishwasher, which allows the user to clean jewelry in a dishwasher.

Second Place-Dot Marks the Spot, a marking system that can be used for hanging pictures, shelving, television mounts and any product that has a hidden fastening system.

Third Place-The Heft, which quickly snaps on to any shovel, rake or round-handled tool and makes the tool more ergonomic and easier to use.

Other notable media on hand for the event included DIY Network and Lifetime Television Network`s "Designing Spaces," which was shooting footage for a special half-hour special that will air later this spring titled, "Designing Spaces: On the Road to the National Hardware Show."